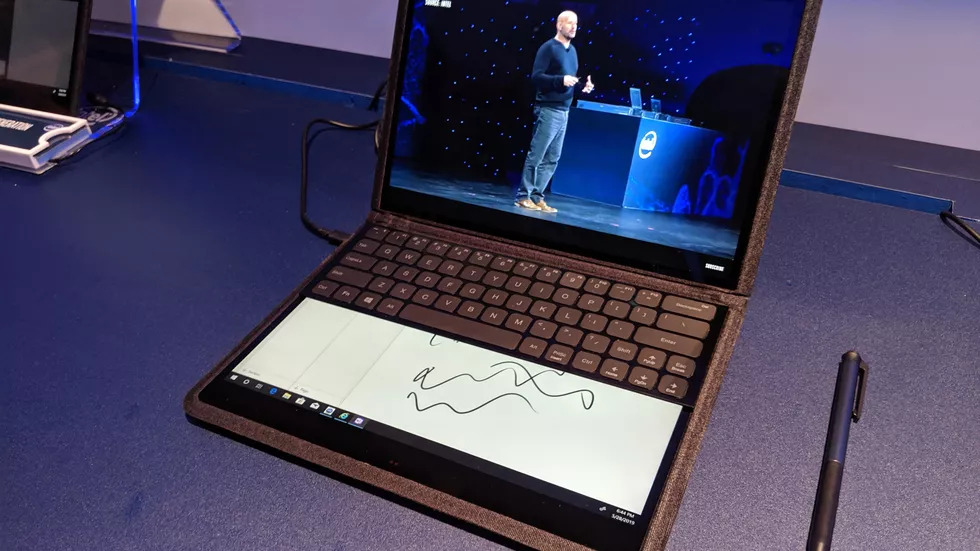 After Asus’s little experiment with the dual screen laptop, Intel is bringing in their own take on the dual display tech.

Let’s start with the Honeycomb Glacier. 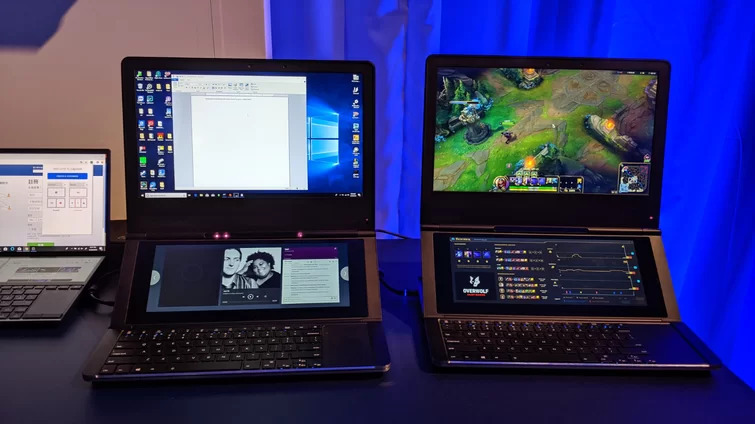 Just like the Asus ZenBook Pro Duo, Honeycomb Glacier is also a dual screen laptop. It has a 15.6-inch 1080p main screen and a 12.3-inch secondary screen which is half the vertical size, but the same horizontal length. There is a trackpad beside it and the fact that there are no buttons on it is a little weird.

What sets the screen setup apart from the ZenBook is that the Honeycomb Glacier is actually able to unfold and tilt both of the screens. Once you open up the main screen, it pulls the secondary screen along with it which can be set to any degree you like, with a button on the hinge for unlatching and closing.

The elevated screen brings everything to a perfect eye height, which makes multitasking/gaming a lot less awkward by making it easier to look at both the screens at the same time.

This is a huge plus for the gamer audience, especially for streamers. Since both the screens are in your field of view, it makes it a lot easier to game while still keeping eyes on Twitch chat, or even reply to your discord chats without constantly having to alt-tab out.

While there are not many details revealed, and it’s a prototype, the specifications of the laptop we do know of are beastly.

Inside, there’s an overclocked 45W Core i9 processor as well as an Nvidia GTX 1070. With all that overclocking and a fancy GPU on board, Intel made sure to keep the cooling of the device in check. Under the hinge, a giant circular vent lets out all the heat, with more vents along the sides of the base.

Intel also added Tobi’s eye-tracking feature to the device which lets you switch between different apps on your secondary screen. Since the screens are popped up at eye level, it also makes eye tracking easier to work with.

Apparently, Honeycomb glacier is not the only wild dual-screen laptop Intel had up its sleeve. At a press event yesterday, Intel revealed yet another dual-screen machine, but this one has a completely different design. 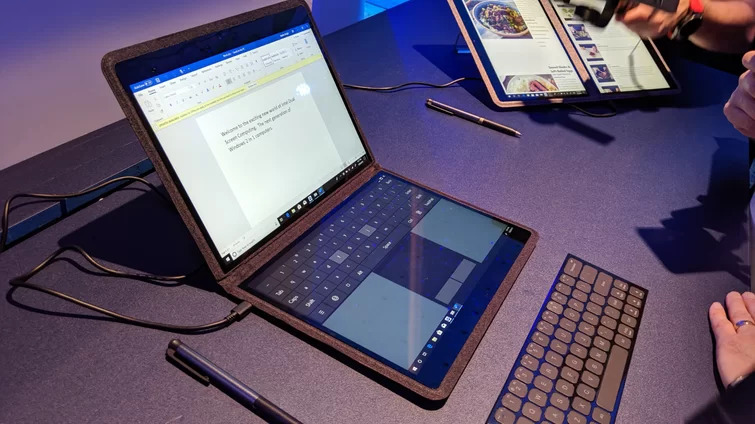 Both the screens are 12.3-inches big with FHD resolution and an aspect ratio of 3:2. This makes the laptop feel more like a book.

This one is targeted at artists or multitasking jobs which require you to have multiple apps/software open at the same time.

Intel says that it managed to fit a full quad-core 15W Intel U-series processor inside a fanless fabric chassis without overheating. This is all thanks to the thin vapor chamber cooling solution and a unique motherboard design which is fit in diagonally so it can be closer to the circuits.

The motherboard is split into two sides. The main motherboard with the processor, storage and memory are on the top, while the connectivity, I/O and networking are at the bottom.

There are also two batteries on both sides, for up to 60WHr total. The whole device barely weighs 800 grams. And for those who aren’t fans of typing on a touchscreen, Intel did also add a Bluetooth keyboard which can fit in like a bookmark when it’s closed.

As mentioned earlier, these two laptops are only prototypes or proof of concepts from Intel. These aren’t finished products by any means. The next best thing is the Asus ZenBook Pro Duo if you’re looking for an alternative.