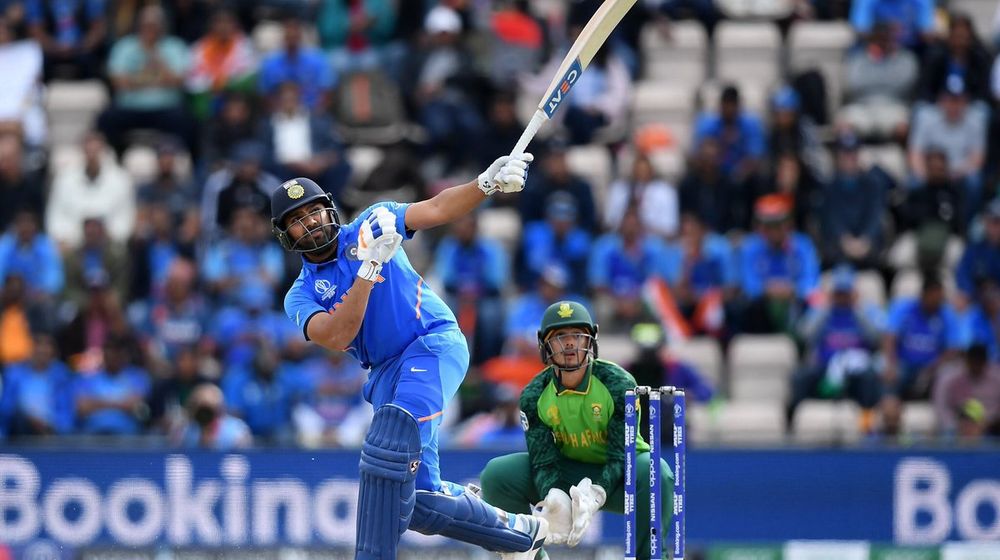 Team India has started its World Cup campaign with a power show at Southampton, thrashing South Africa by 6 wickets. The win means another drubbing for Proteas, which marks their third loss on the trot following defeats at the hands of England and Bangladesh.

Here’s how it happened.

1st Innings: Indian Bowlers on Top All Through the Innings

Indian bowling’s lynchpin, Jasprit Bumrah proved once again why he’s the number one bowler in the world. Quinton de Kock looked clueless against him as the pacer squared him up plenty of times to apply pressure right from the word go.

By the end of his first three overs, he had removed both the openers, Hashim Amla and de Kock to put India in front. Consistent performances from the bowlers in the second Powerplay, especially from spinners Yuzvendera Chahal and Kuldeep Yadav not just curbed the flow of runs, but removed all the top order batsmen.

Chahal ended with figures of 51/4 in his 10 overs. His wickets of Faf du Plessis and van der Dussen dented South Africa’s prospects with the bat as they were reeling 80-4. JP Duminy followed soon after and it was up to Chris Morris (42) and Kagiso Rabada (31*) to add some respectability to the total.

Despite a number of thirties and a forty plus score, none of the batsmen managed to make it big as they posted 227-9 in their 50 overs.

After a couple of lucky chances early on, it was all Rohit Sharma show who made the chase look like a walk in the park. His unbeaten 122 made sure India never faced any real trouble. It was his second ton in World Cups; the previous one was against Bangladesh in 2015 edition.

Kagiso Rabada had a brilliant day out, first with the bat and then with the ball. He sent back Shikhar Dhawan early in the innings and later removed KL Rahul to keep South Africa in the game. However, with Sharma steady on one end, and Dhoni playing a solid hand at the other end made sure that India got over the line with ease and grace.

India won by 6 wickets with 15 balls to spare and Rohit Sharma walked away with the Man of the Match award for his brilliant batting display.