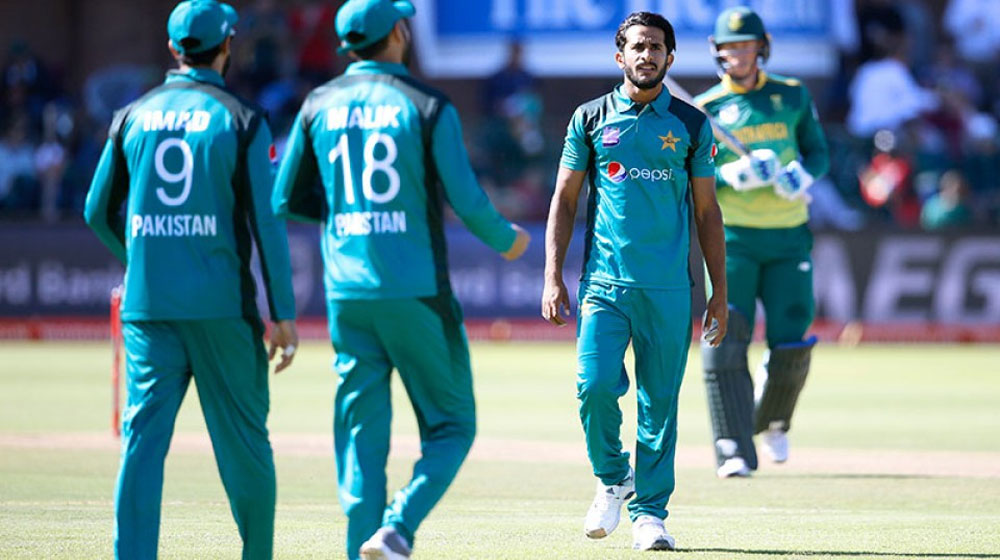 After a week-long break, Pakistan will take on disgruntled South Africa in another World Cup clash on Sunday.

Keeping in view the current performance of the team, the management is expected to make two changes to the playing XI.

Seasoned all-rounder, Shoaib Malik and fast bowler Hassan Ali are most likely to be rested for tomorrow’s game as both players have been a burden on the team throughout this tournament with no sign of improvement.

As per media reports, Malik’s poor run might create room for middle-order batsman Haris Sohail in the playing XI. Similarly, Hassan Ali is likely to make way for either Shaheen Afridi or Mohammad Hasnain.

During the practice sessions at Lords, as observed by several media persons, the coaches were more focused on Hasnain than Afridi. He might be their first choice for the game against South Africa.

On the other hand, Malik’s possible replacement with Haris Sohail will not only provide the Green Shirts stability in the lower middle order but also provide an additional bowling option as he can bowl left-arm off-spin.

Meanwhile, Hasnain, who was termed as Pakistan’s ‘surprise package’ during the world cup is yet to get a game in the mega tournament. His pace might provide Pakistan an edge over struggling South Africa.

The points table situation for the opponents is similar as both teams have managed a win each out of five matches in the tournament so far. Sunday’s game will be a must-win for both Pakistan and South Africa if they want to keep their chances alive in the mega event.

The match is scheduled to start at 2:30 PM PST and would be aired live on Ten Sports and PTV Sports for Pakistani viewers.