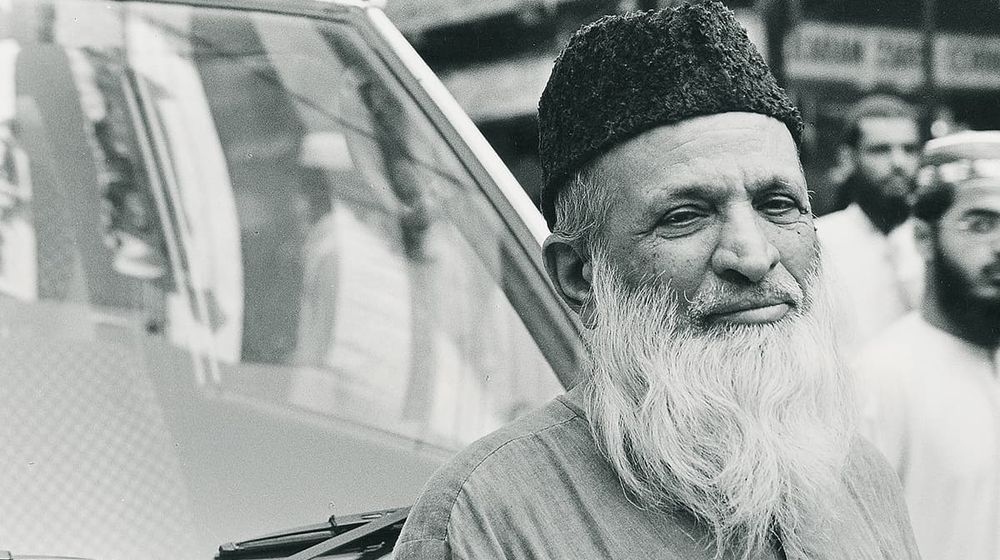 On this day, one of the most renowned humanitarians from Pakistan, Abdul Sattar Edhi, left this world 3 years ago. His services to humanity have been acknowledged in all circles and at all stages.

Nomination for Nobel Peace Prize and a number of regional awards speak volumes about his dedication to humanitarian work. The founder of the largest ambulance network in the world, Edhi dedicated his life to philanthropy.

On his 3rd death anniversary, Pakistanis pay tribute to honor his services. Let’s have a look at what the people are saying:

A picture is worth a thousand words.

This picture says it all. #Edhi pic.twitter.com/4jsKBsklWl

#Edhi No Words for you & your love for Humanity SIR. Only Salute . pic.twitter.com/EGVj8gOIPX

The nation is indebted.

Abdul Sattar Edhi, the name which will always be written in golden words. One of the greatest personality to ever exist, his work and services will always remain unmatchable.
He did the things which government couldn't do.
This nation will always be in your debt,
Thank You #Edhi. pic.twitter.com/1mD2OWuVpq

Public service is about serving all the people, including the ones who are not like you.

Late Edhi is Inspiration for All.

#AbdulSattarEdhi .. a man who was a hero in truest sense who lived for others..dedicated his life to human welfare & served regardless of religion,class,nationality or ethnicity –#Edhi A man who will be missed forever
Azeeem Insaaan !!
❤️ pic.twitter.com/RLs3h55xWr

No religion is higher than humanity.

He left a legacy.

Share your love for one of the greatest humanitarians in the comments section.