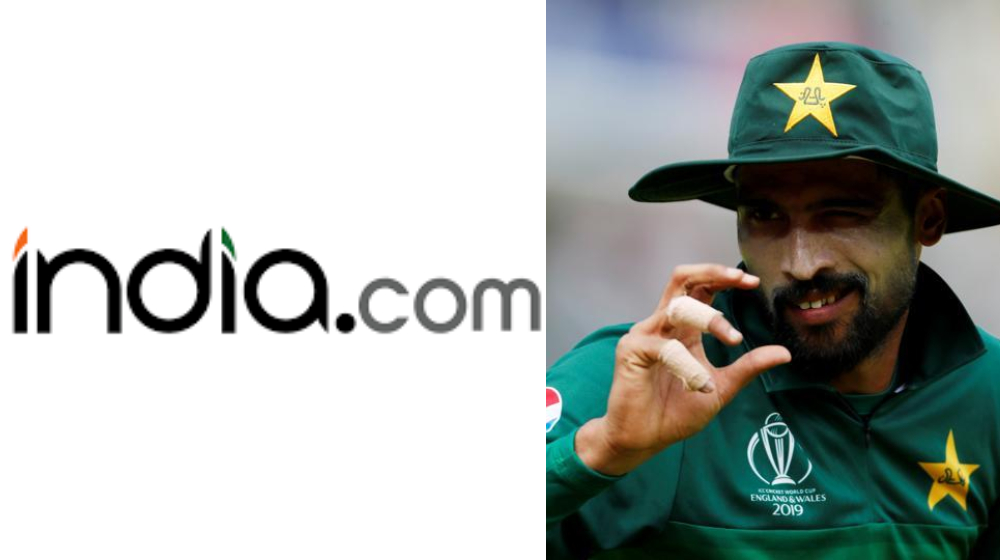 The lack of credibility of India media is known across the globe considering Indians are fed the most number of fake news when compared to the rest of the world.

It’s credibility stooped further low during the Pakistan-India faceoff following the Pulwama attacks and even now, it isn’t getting any better. The news regarding the ICJ verdict on Kulbushan Jadhav was portrayed as a victory in India by the media.

The story titled ‘Should Leave This Terrorist Country’: Mohammad Amir Likes Controversial Tweet, Sparks British Passport Rumours will probably be shared a million times by the pro-Indian social media users, however, Mohammad Amir was quick to bust their propaganda.

According to the report, the 27-year-old liked a tweet saying, “I think he should leave terrorist country”.

However, Mohammad Amir clarified the fact that he meant to like the tweet by Sajid Sadiq, a reputed sports writer and journalist and not the reply by Abhishek Bindal, who talked about leaving the terrorist country.

Don't understand why some are making a big deal of Mohammad Amir applying for a British passport. He's entitled to apply for it and it doesn't mean that he will stop playing for Pakistan #Cricket

And, Amir further shut the propaganda mafia by saying that he is proud to be a Pakistan.

There has been plenty of debate regarding his retirement from Test cricket and the fact that he is applying for British citizenship. His wife, Narjis Amir is a British citizen and it shouldn’t come as a surprise.