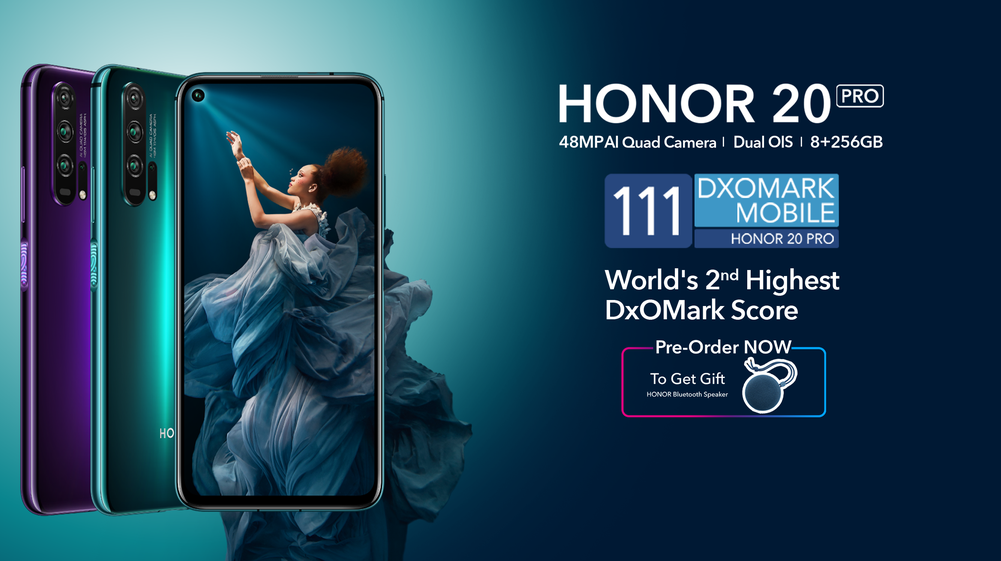 Following a favorable reception at its global unveiling recently in London, Honor has announced the regional launch of the Honor 20 Pro. The Google Play-certified Honor 20 Pro will be available at all major retailers across Pakistan on 17th August, 2019.

The company has announced that the pre-booking phase for the Honor 20 Pro at their launch event which was held in Karachi at Ambrosia on 5th August 2019. Honor started pre-booking on 5th August which will go on until 17th August, when the device will be officially launched.

The event was attended by well-known celebrities and the flagship phone was revealed after a brief keynote by the management.

Honor has confirmed that the 20 Series will also be getting the upcoming Android Q update soon including the Honor 20 Pro.

The device has a quad-camera setup at the back, so that you can choose between the super wide-angle lens for landscape shots, telephoto lens for bokeh effects, macro lens for close-ups and the main 48MP camera to top it all off. It also received one of the best reviews on DxOMark getting a score of 111.

The Honor 20 Pro comes with a nearly bezelless display with a 91.7% screen-to-body ratio and a 6.26-inch punch hole display with FHD+ resolution, powered by a Kirin 980 Processor with 8GB RAM and 256GB internal storage. The phone features a side mounted fingerprint sensor, a 4000mAh battery with a USB Type C port and Graphene cooling sheet technology.

You can find out more about the phone here.