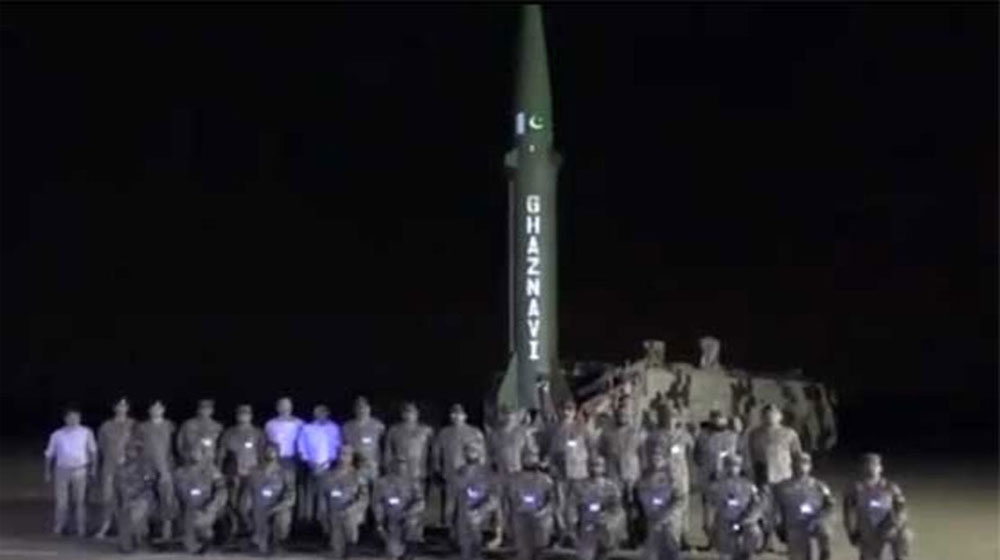 According to Inter-Services Public Relations (ISPR), Ghaznavi is capable of delivering multiple types of warheads within a range of 290 kilometers.

He added that the successful launch was congratulated by Chairman Joint Chiefs of Staff Committee General Zubair Mehmood Hayat and service chiefs. Besides, President Arif Alvi and Prime Minister Imran Khan also appreciated the efforts and congratulated the nation on this achievement.

The missile testing has come at a time when there is a military standoff with arch-rival India over the annexation of Kashmir.

PM Imran Khan and Army Chief General Qamar Bajwa have, on several occasions, informed the world powers that Kashmir is a nuclear flashpoint and that the conflict between the two countries could destroy the world’s peace for good.