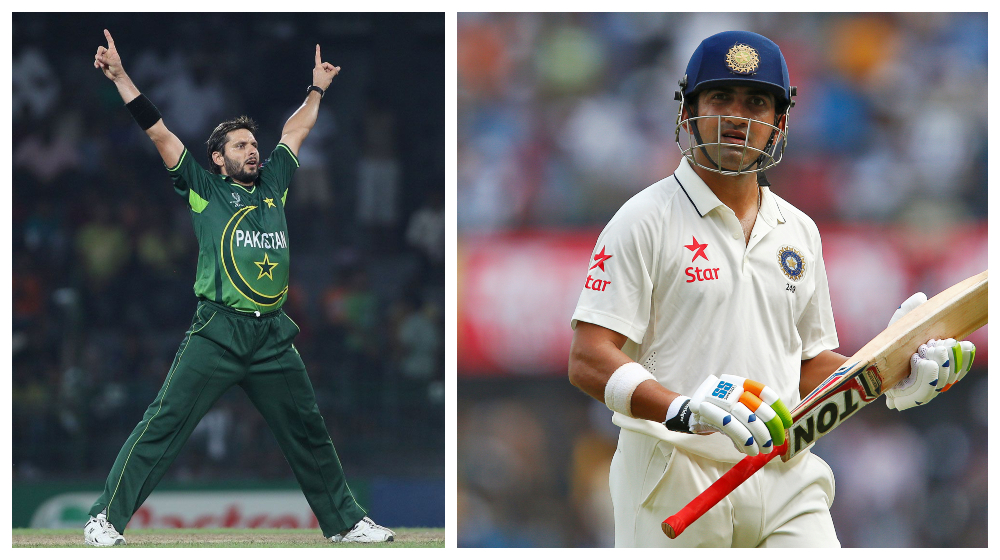 Former cricketers from two sides of the Line of Control, Shahid Afridi and Gautam Gambhir have made it a habit to spark a debate on social media with their war of words.

Ever since the incident where the two almost fought on the field in a Pakistan-India match, the two have been often found exchanging words on Twitter. In recent times, the bone of contention has been Kashmir and following Shahid Afridi’s tweet on the issue, the Indian cricketer took a jibe at him once again.

Here’s what Afridi said in response to Imran Khan’s call for showing solidarity with Kashmiris:

Let’s respond to PM call for Kashmir Hour as a nation. I will be at Mazar e Quaid at 12 pm on Friday. Join me to express solidarity with our Kashmiri brethren.
On 6 Sep I will visit home of a Shaheed. I will soon be visiting LOC.

In his tweet, Boom Boom urged his fellow countrymen to join him to express their love for Kashmir. Gambhir couldn’t stay in his socks, tweeting an unprovoked response, exhibiting his mental insecurity.

The tweet demanded Shahid Afridi to respond, showing Gambhir his place. He didn’t say anything himself, however, he shared an image of a former coach, Paddy Upton’s quote about the Indian batsman.

Gautam Gambhir was one of the weakest and mentally most insecure people I have worked with.

Here’s the tweet which will definitely get under the skin of many Indians supporting their cricketer-turned-politician.

Change of weather in Karachi, rain in the air 🙂 Also each time Gautam tries to make himself relevant, I am reminded of this… https://t.co/sGby3MTp60 pic.twitter.com/GepxkSugPM