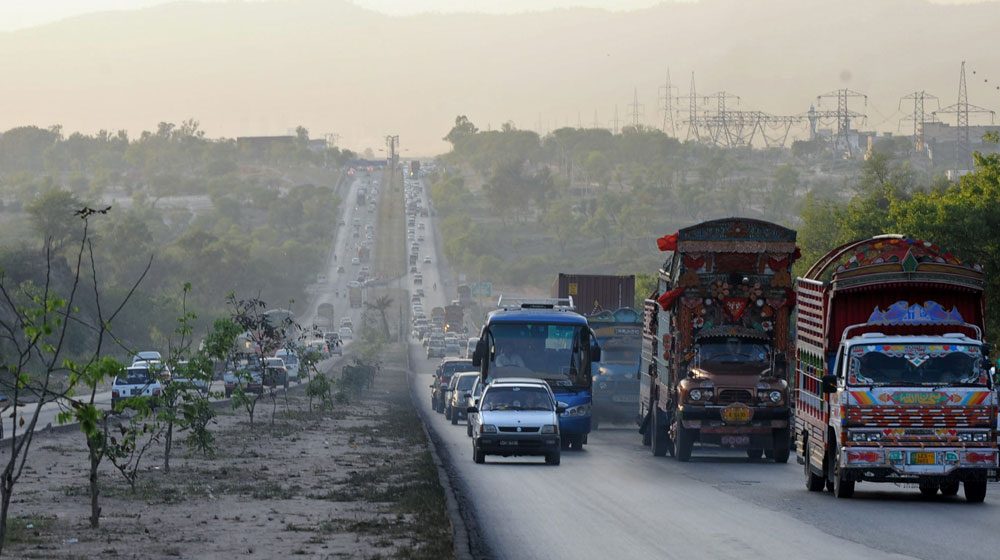 Islamabad Traffic Police (ITP) has banned the entry of heavy traveling vehicles (HTV) in the federal capital during peak hours.

The decision has been taken for the convenience of local commuters, ITP spokesperson said on Thursday.

He said that heavy traffic would be barred from plying on capital’s roads from 7 am to 10 am and from 4 pm to 8 pm.

“Heavy traffic coming from GT Road and Lahore or heading to Sabzi Mandi from GT road Peshawar Motorway would not be allowed to enter the capital’s premises during these hours.”

Similarly, the entry will also be denied to the trucks coming from Azad Kashmir via Murree, Bhara Kau, Kotli Sattrayn, Lehtrar road, Kahuta or Rawalpindi Kahuta road, he added.

The spokesperson said that the step will ensure smooth flow of traffic in the city during rush hours.