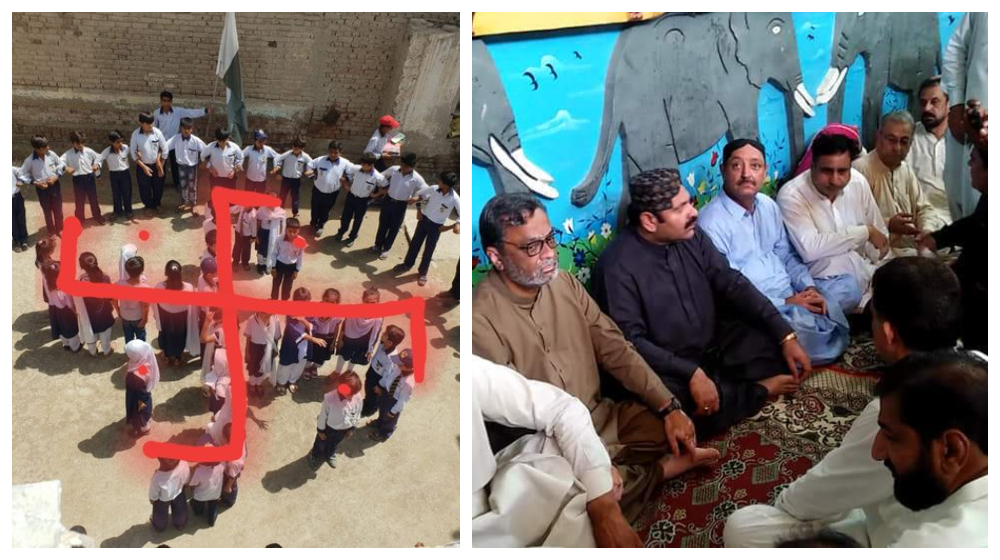 Following riots in Ghotki over alleged blasphemy committed by a Hindu teacher, the human rights of minorities in the country are the talking point.

Conventional and social media are being used to discuss human rights violations. The activists are calling for investigations and the Police has already booked a number of people involved in the attacks on Hindus in Ghotki.

Quaid-e-Azam Muhammad Ali Jinnah was biggest preacher of freedom for all religions.

A massive crowd of Muslims of entire #Ghotki gathered at Mandir to ensure Hindus they are safe here.. People sit in mandir whole night and guard the hindus and mandir from mobs.. Tomorrow many of people throughout the #Sindh ready to go #Ghotki for protection of Hindus. pic.twitter.com/9RPHiNddZe

To show solidarity with the Pakistani Hindus, a crowd of Muslims gathered at a Mandir in Ghotki to protect the minority people from the mobs, who tried to take the law into their own hands.

Peoples, from whole Sindh start arriving at the mandir for soloridity.. We are giving clear message to these hate mongers, "we never left our Hindu Sindhies alone and if you have dare to touch them you have to pass from us" yesterday was immediate action didn't coverd,but not now https://t.co/7eGFkXtV5k pic.twitter.com/LtqJj7WIjG

As a sign of solidarity, Muslims from parts of Sindh marched to their nearby Mandirs where they guarded their members of the Hindu community to showcase the interfaith harmony.

For the solidarity with Sindhi Hindu brothers and sisters, people marched towards their local Mandirs and did pooja with them..
Indeed, it offend many people but it's time to realize our Hindu brothers we are with them, though beyond the religion differences we are Sindhi also. pic.twitter.com/8t11NdohTM

In another example, students at a local school in Sindh made the sign of Hindu Swastika to promote peace, urging the Sindhi brothers and sisters to take care of the Hindus.

Here's a great message from Sindh..
Tolerance, peace and love are main base of Sindh..
For solidarity with hindus student made a sign of #Shiv in school..
We again say " please, don't leave Sindh.. We protect you, it's your land, you r not a minority but owner of Sindh ❤️ pic.twitter.com/eZ4D3vaT2o

What are your thoughts on the gesture shown by the Sindhis? Let us know in the comment section.