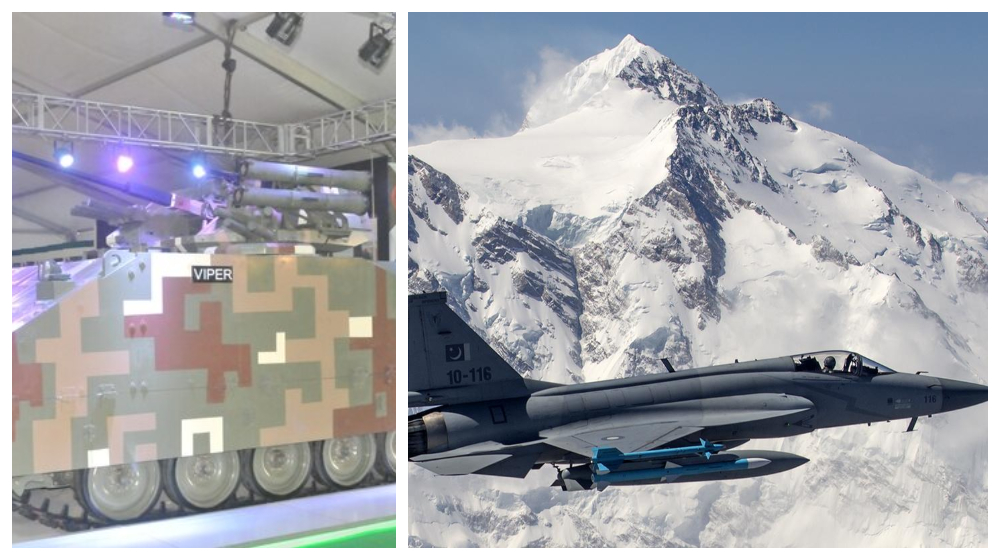 According to a recently published report ‘Year Book 2017-18’ by the Ministry of Defense Production, Pakistan military is focusing on improving its prowess despite the slow economic activity in the country.

Pakistan is prepared for a conventional war, and it seems that the riposte is alive and being refined in direct answer to India’s overwhelming numerical superiority.

The armed forces are undertaking a number of steps for indigenous development, and substituting component imports.

In addition, engines for Al-Khalid and T-80UD tanks are being assembled, while the development of advanced Al-Khalid II tanks and low-rate production of 20 Al-Khalid I tanks are further strengthening the military’s capabilities.

Heavy Industries Taxila is also working on manufacturing a tracked infantry fighting vehicle ‘Viper’, based on the M113 series and armed with a Slovak Turra 30 unmanned turret.

On the defense-from-above front, Pakistan is integrating newer air-to-air missiles, acquiring Chinese CM-400AKG supersonic anti-ship missiles and modifying air-to-air refueling for the JF-17 fighters. A new deal for advanced Block III JF-17s has also been signed in May 2018.

With a prospect of increased exports, the production of JF-17 has been increased from 16 to 24 per year with improvements like retrofit of AESA radars on existing Block I and II JF-17s are likely to follow after the Block III orders.

The military is also working on manufacturing the components of a weapon named after Prophet Muhammad’s (SAW) sword ‘Al-Rasub’.

The report also sheds light on Project AZM fifth-generation fighter and development of drones by the Aviation Design Institute.  According to the report, the first “conceptual design phase” cycle is complete and there will be three more cycles in the first configuration phase.

It remains to be seen whether Pakistan partners with Turkey or China to realize its 5th-gen ambitions.