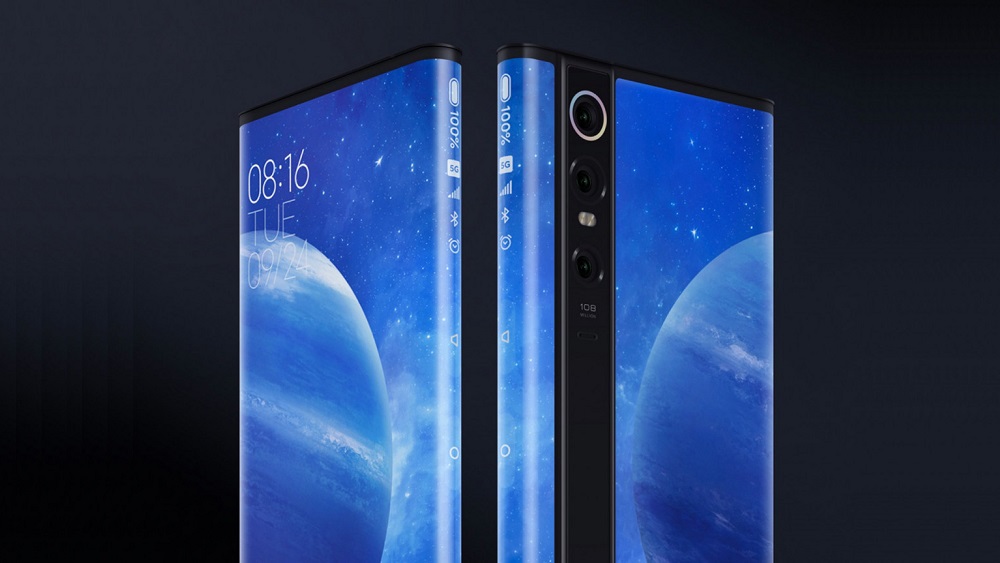 Back when Xiaomi first launched the Mi Mix, everyone was amazed at its bezelless display and unique idea of a phone. Since then, Xiaomi hasn’t stopped experimenting with the Mix series, releasing a slider smartphone last year.

The most recent entry, dubbed Mi Mix Alpha, comes with jaw-dropping specifications pushing the boundaries of smartphone design. With its wrap-around display, the Alpha is one of a kind.

Mi Mix Alpha features an all-screen body, with a ‘surround screen’ being one step above the recent waterfall displays.

As the name suggests, the display covers the smartphone entirely and curves around the edges until it meets the camera module. It looks like the smartphone is entirely made of an OLED panel. 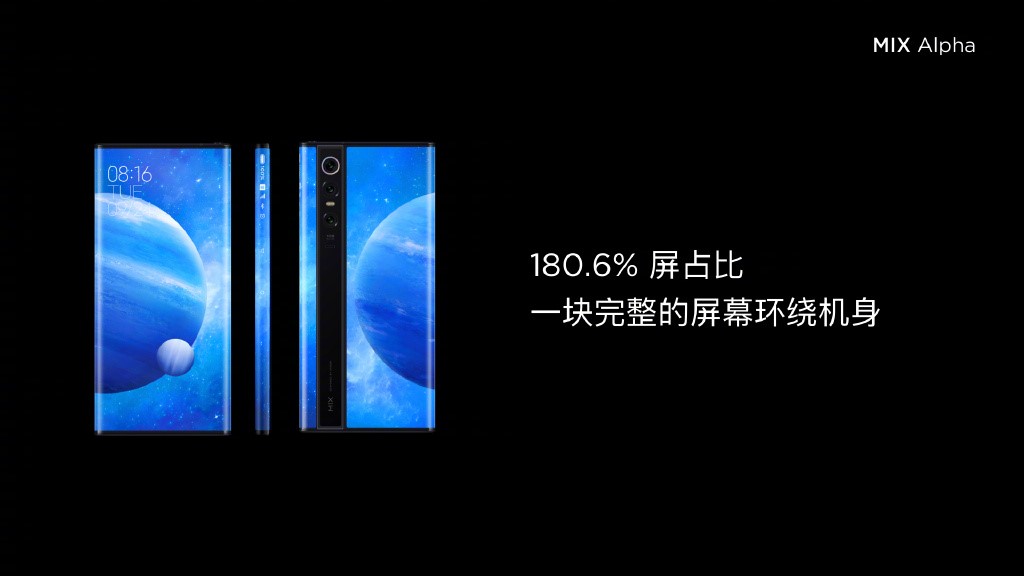 It does not feature any physical buttons. Instead, it has pressure-sensitive buttons on the curved sides, which double up as triggers for gaming purposes. The fingerprint sensor is, of course, housed under the display.

The wrap-around display means that it has a 180.6 percent screen to body ratio however, this 4D curved display is giving us second thoughts about the durability of the smartphone.

Imagine dropping this phone by accident… 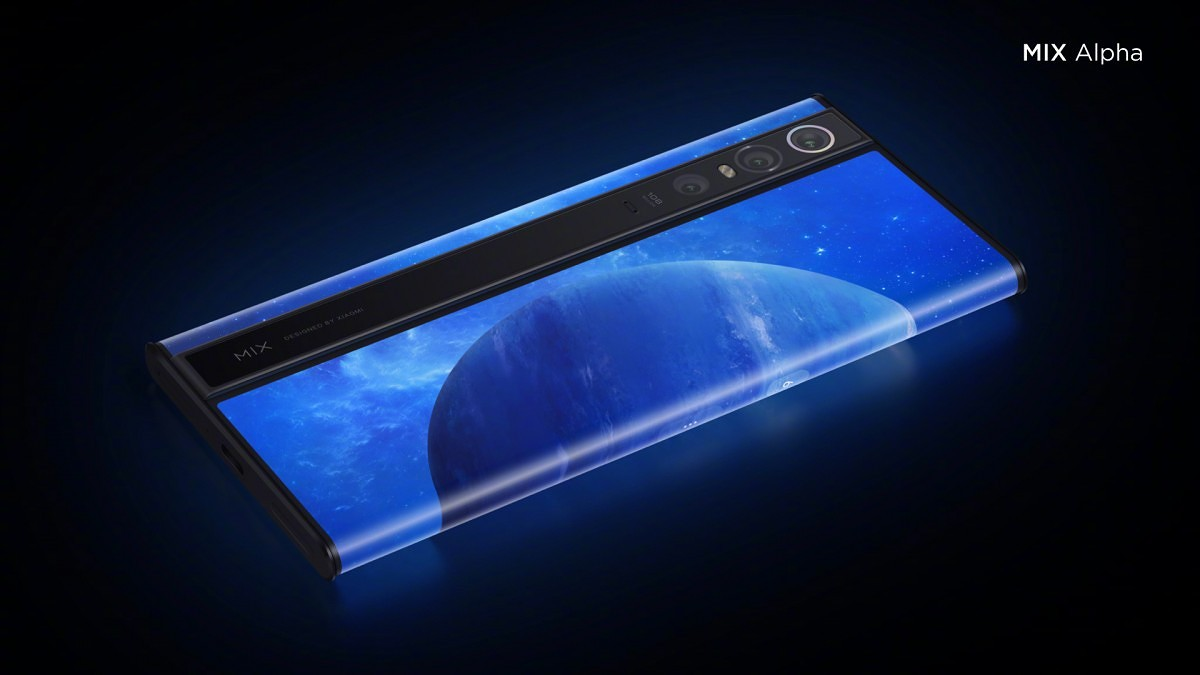 At the back, there is a thin vertical panel that houses triple sensor cameras and the antennas for 5G connectivity. These cameras can be used for selfies as well thanks to the wrap-around display.

The titanium alloy construction is what makes it so lightweight. The panel at the back is constructed using black ceramic and the cameras have sapphire glass protection over it.

Xiaomi really went all out with its design considering the premium materials used in its construction.

Internally, the smartphone is as impressive as it looks from the outside. It has a Snapdragon 855 Plus chipset at the helm, combined with 12 GB RAM and 512 GB of storage.

Since the smartphone is covered by an OLED panel, there is no earpiece, instead Mi Mix Alpha uses ultrasonic vibrations to imitate the earpiece. To deal with accidental touches, Xiaomi has trained its AI to use cues from the application being used, monitor the orientation of the display, and use the accelerometer to ensure the app always appears the right way up.

According to Xiaomi, the device’s palm rejection has an extremely high rate of accuracy. The rear side of the display will be used for running applications like maps, calculators, Xiaomi’s home devices, etc.

At the back, the Mix Alpha features the all new 108 MP camera sensor, co-developed by Xiaomi and Samsung. Thanks to pixel binning, users will get well lighted and contrasted 27 MP images. 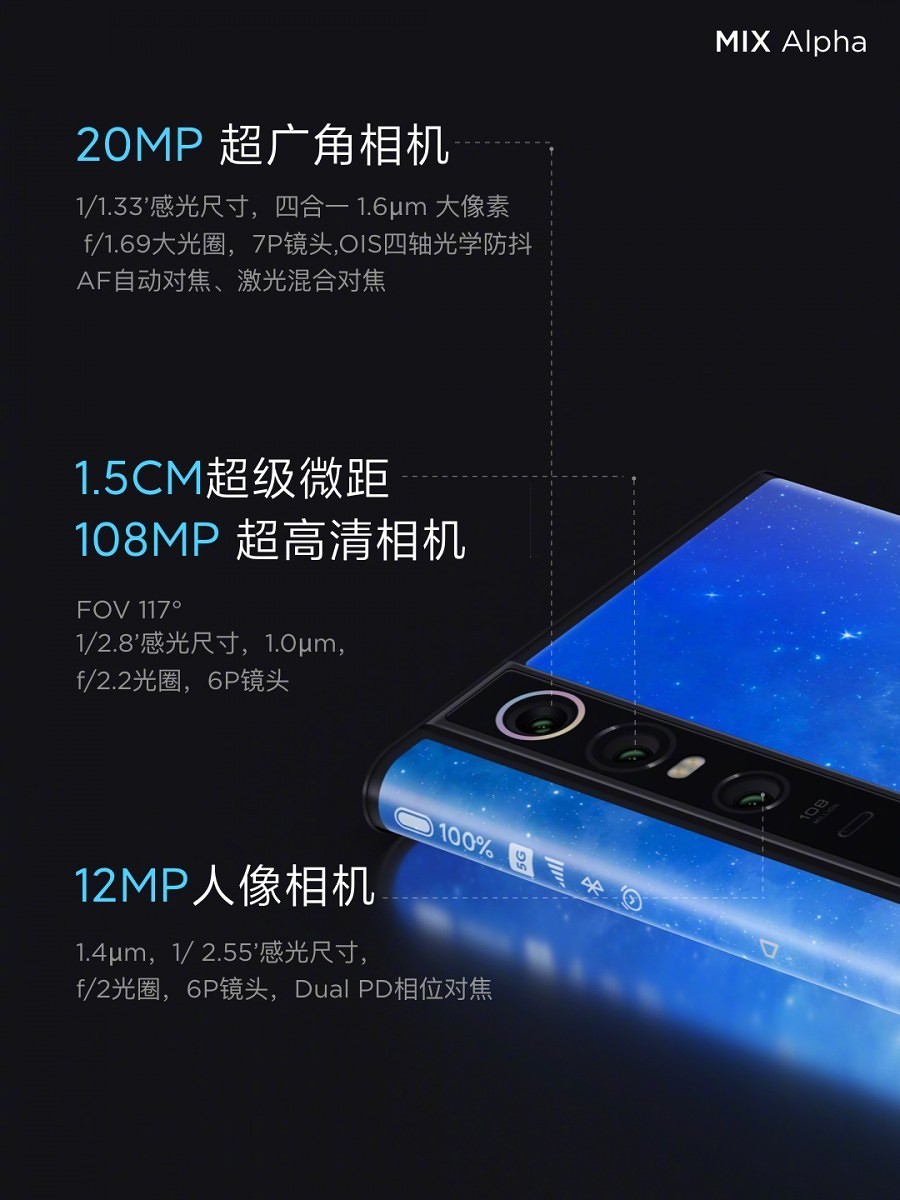 The 108 MP sensor is joined by a 20 MP ultra-wide sensor with 117-degree FOV and a 12 MP depth sensor. Thanks to the wrap-around display, the rear camera can act as a selfie camera as well.

This concept smartphone is fueled by a 4050 mAh nano silicone cathode power cell which is backed by 40W fast charging.

Since Mi Mix Alpha is a concept phone, it will have a limited launch and Xiaomi won’t be mass-producing it.

Adding all that together, the phone will cost a massive $2,800, way more than the Samsung Galaxy Fold.