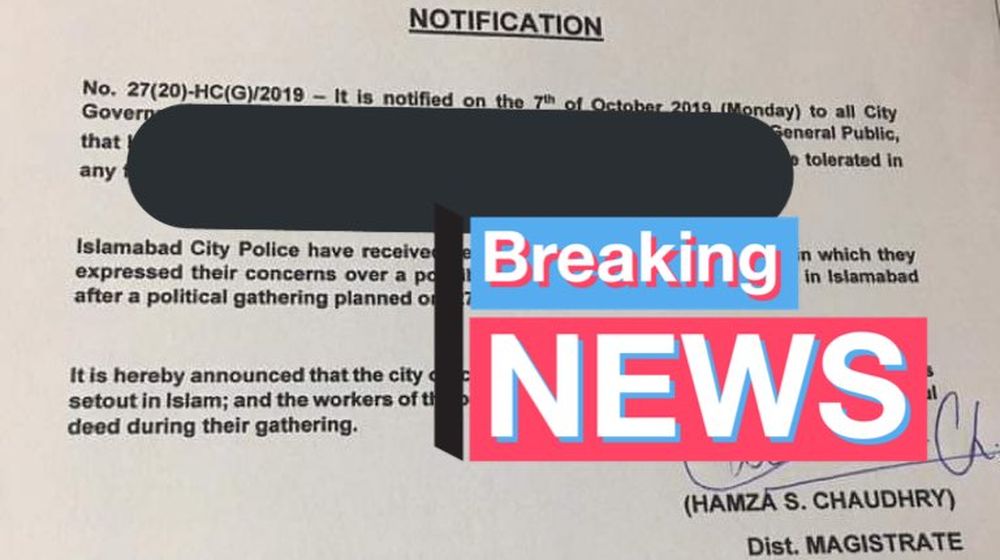 Deputy Commissioner Islamabad, Hamza Shafqaat, has denied the notification circulating on media and WhatsApp groups under the name of District Magistrate.

Taking to Twitter, the top officer clarified that the notification is fake.

According to the details, the fake notification stated that the concerned departments and the general public that “homosexuality is strictly prohibited in Islam, and hence, cannot be tolerated in any form, whether in a political gathering or during private meetings”.

Islamabad City Police have received several complaints from the citizens in which they expressed their concerns over a possible wave of homosexuality in Islamabad after a political gathering planned on 27th October.

The notification further warned the workers of the political party (JUI-F) to refrain from such sinful deeds during their gathering. 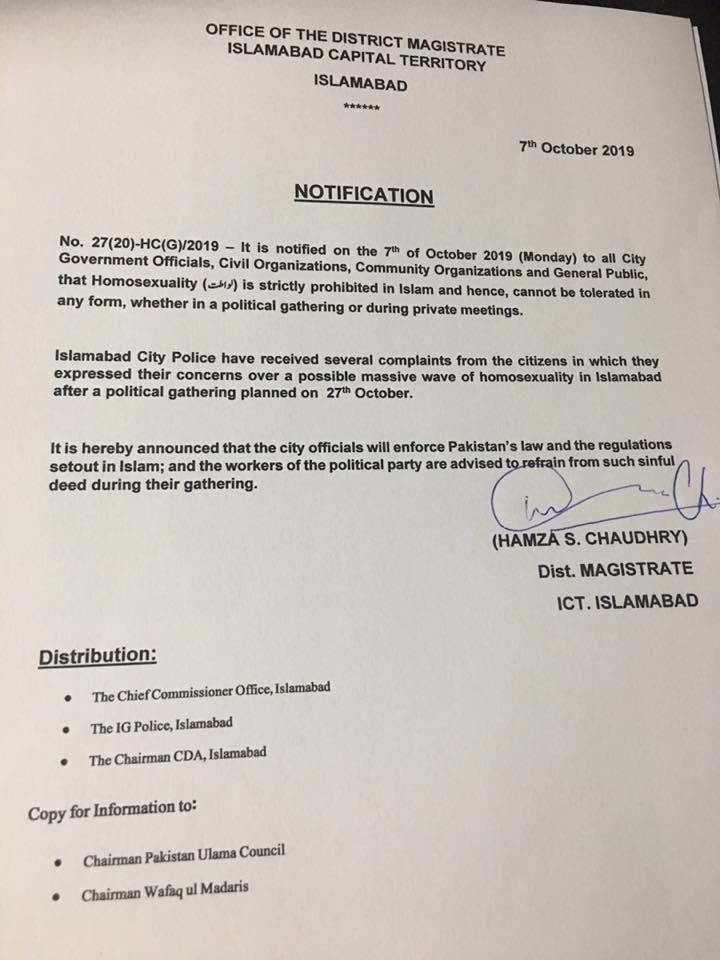 The tweet from the DC Islamabad comes in the aftermath of rumors circulating on social media about homosexuality in JUI-F’s planned gathering in Islamabad.

In this regard, hashtag #شق_نمبر6 is also trending on Twitter after alleged instructions for Molana Fazal-ur-Rahman’s sit-in have surfaced on Twitter and WhatsApp groups.