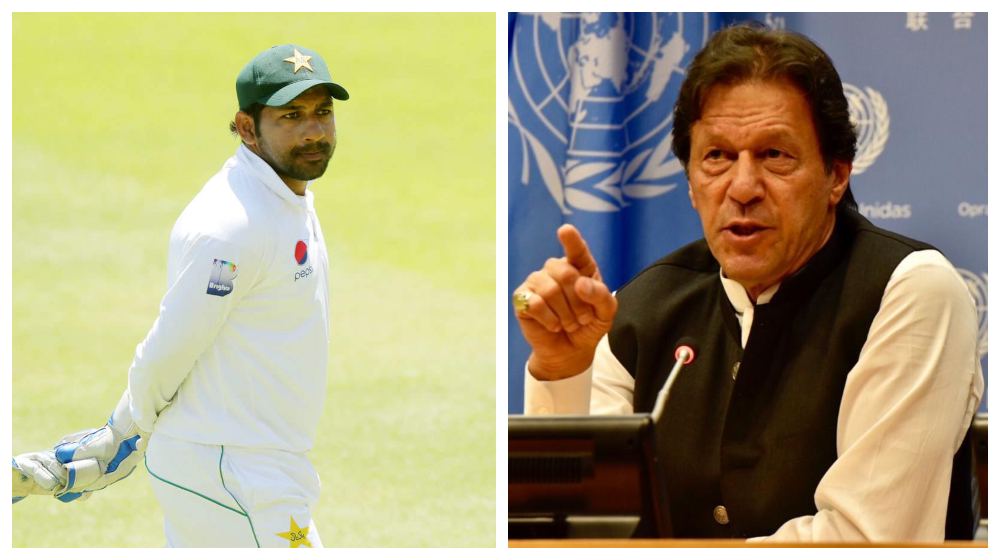 The Pakistan Cricket Board (PCB) patron-in-chief Imran Khan has explained the decision to sack Sarfaraz Ahmed as captain, and appointing Misbah-ul-Haq as head coach.

Previously, there were reports that Imran Khan made the final decision regarding Sarfaraz and the appointment of Misbah-ul-Haq.

PM Imran backed both decisions and claimed that they were taken for the betterment of Pakistan cricket and its future.

Speaking about Sarfaraz, PM Imran said that Sarfaraz’s performances in the Tests and 50-overs were also not that impressive.

I don’t think the performance and form of any player should be judged by T20 cricket but through Test and One-day cricket.

He further claimed that the wicketkeeper-batsman can still return to the team granted if he performs well in the domestic matches.

He [Sarfaraz] can come back to the national team, but at the moment he should firstly focus on domestic cricket.

The patron-in-chief also explained the decision about appointing Misbah-ul-Haq and maintained the point-of-view that he is the best option for Pakistan despite all the criticism.

It’s a constructive move to appoint Misbah as he’s honest and unbiased. He also has loads of experience, which also helps. He will turn out to be a good choice and Pakistan will improve under him. He has this talent in him that he can groom players and improve their performances.

Do you agree with Imran Khan? Let us know in the comments section below.