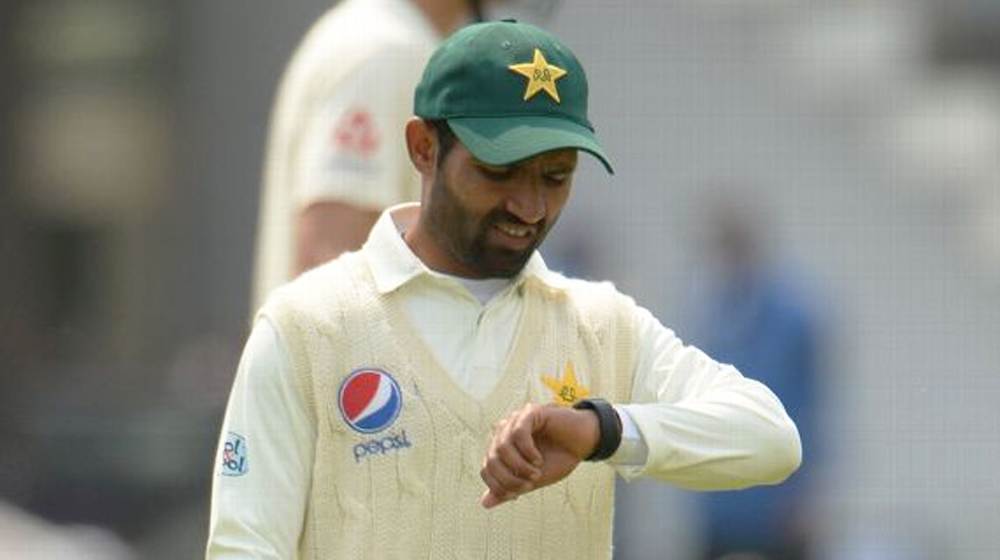 Asad Shafiq, following his resilient 76-run knock against Australia, claimed that he does not care too much about people’s opinions as long as he is performing.

Shafiq currently holds the world record for most centuries at number six position (10) and has played several match-winning knocks for Pakistan in the longest format of the game.

His partnership with Yasir Shah helped Pakistan reach a respectable total of 240 runs, which looked unlikely at one point.

Despite being a regular performer for Pakistan, Asad Shafiq has always been left out of the discussion as a key figure in Pakistan’s Test side.

Speaking at a press conference after the end of day 1, Shafiq said:

The middle-order batsman believes that Pakistan’s bowling attack possesses the ability to turn the game on its head.

We didn’t reach the total we wanted, but we got a respectable total. With the bowling unit we have, we’ll put up a good fight. The position we were in, 240 is a good score. It’s not easy for batting if we bowl in good areas, we can get wickets with the new ball.

He further stated that Australian bowlers deserve credit for bowling a tight line and length.

We need to give credit to the Australian bowlers, they gave no freebies especially with the new ball so we couldn’t score freely.

Shafiq then applauded the efforts of leg-spinner Yasir Shah for building an 84-run partnership stand.

We lost quick wickets in the middle order so I was trying to build a partnership and bat deep. By coincidence, it’s again here (in Brisbane) and I’m performing well. Yasir batted really well, we were in trouble and needed a partnership. We knew that and he responded well and the partnership helped us.

Do you think Pakistan can win the first Test match against Australia? Let us know in the comments section below.