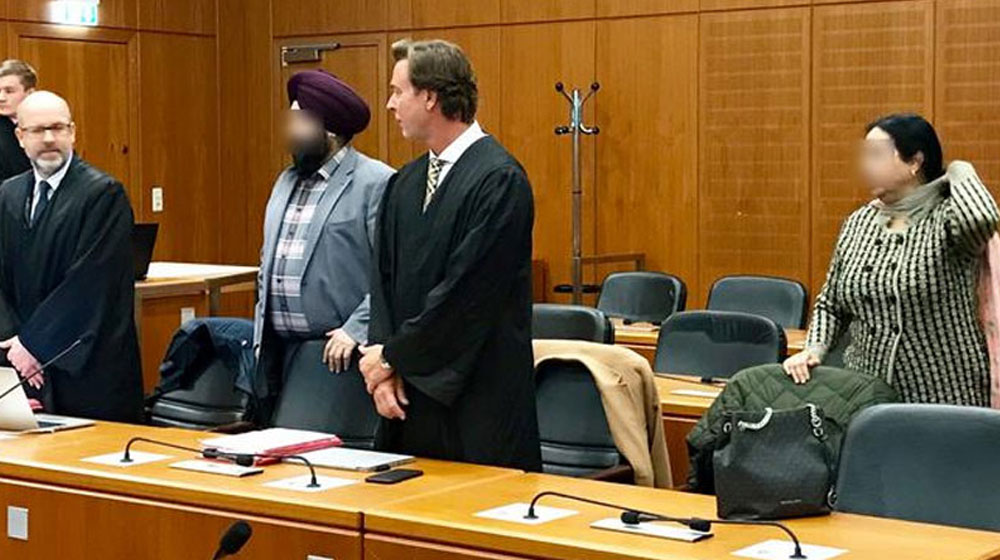 An Indian couple in Germany has been sentenced to jail for spying on the Kashmiri and Sikh community living in the country.

The couple, living in Moenchengladbach, was handed sentences on Thursday after they admitted to have passed on information to India’s secret services.

The couple was arrested earlier this year on espionage charges. They were indicted in April, while the trial started on November 21.

Manmohan S, was given a suspended jail term of 18 months for acting as a foreign spy while his wife Kanwal Jit K, was fined 180 days’ wages for helping him.

As per German law, they were identified only by their first name.

The court wrote in its statement that the duo was recruited by Indian intelligence agency RAW in the start of 2015 to keep an eye on Kashmiri Hurriyat leaders.

The accused reported on the internal affairs of the Sikh temples in Cologne and Frankfurt, as well as on protest events in the Sikh community.

Manmohan received 200 euros ($223) a month for the information. He attended regular meetings with an Indian intelligence officer from July 2017, where his wife accompanied him.

On top of the prison sentence, the accused was also ordered to pay 1,500 euros in charity. They have a week to appeal the judgment.