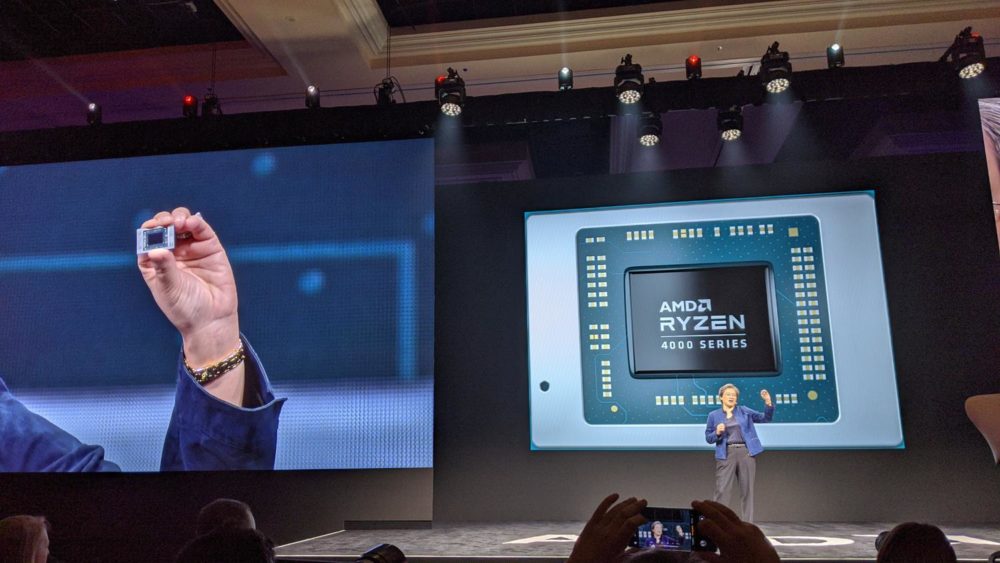 AMD’s long-awaited Ryzen 4000 Mobile processors have finally arrived through the Consumer Electronics Show 2020. These chips are based on the 7nm Zen 2 architecture and are here to take on Intel’s 10nm Icelake laptop chips.

The Ryzen 4000 lineup will be divided into two different categories, the 15W Ryzen U series for the highly portable ultrabooks, and a 45W Ryzen H series for high-end professional and gaming laptops. The Ryzen 3, 5, and 7 naming scheme, however, will remain as it is.

The most powerful processor in the series, the Ryzen 7 4800U, is equipped with 8 cores, 16 threads, and eight Radeon graphics cores. It has a base clock speed of 1.8GHz and reaches up to 4.8Ghz on boost.

On the other hand, Intel’s top-end processor, the 10th gen Core i7-10710U, features six cores and is based on Intel’s much older integrated graphics, making it no match for the 4800U’s Radeon cores.

AMD CEO Lisa Su claims that the third-generation Ryzen 4000 series is twice as power-efficient compared to the second generation Ryzen processors. This is primarily due to the shift from 10nm to the 7nm process.

AMD also claims that it will power over a 100 laptops this year with the third-generation Ryzen 4000 CPUs. The first batch will arrive in Q1 2020 with Acer, Asus, Dell, HP, and Lenovo laptops.