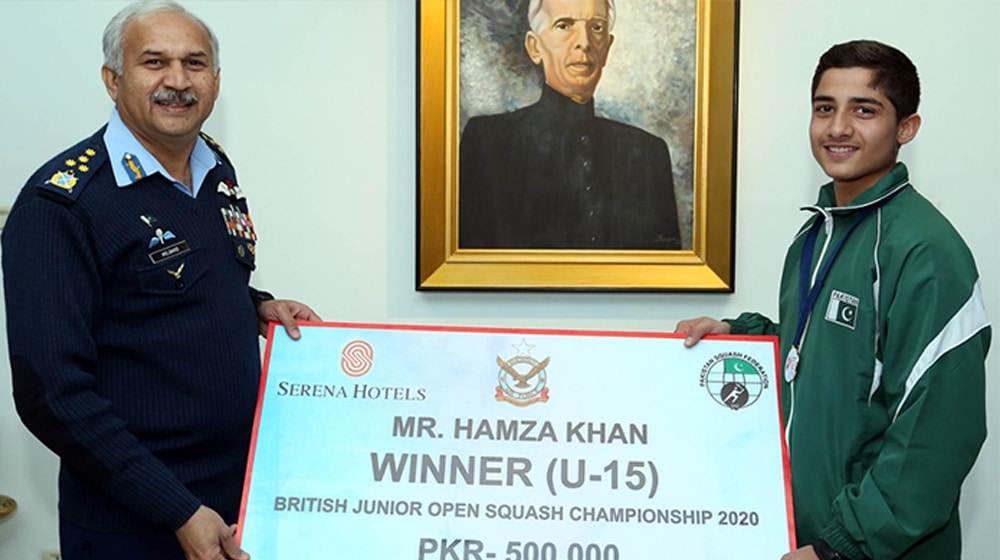 Alongside Hamza, his countrymen Mohammad Ammad and Noor Zaman also delivered impressive performances as they reached U-15 and U-17 semifinals.

Interacting with the players, Air Chief Marshal said that young players like Hamza are the future of Pakistan and it is imperative to encourage them and help them along the way.

Hamza received a warm welcome once he returned to Pakistan.