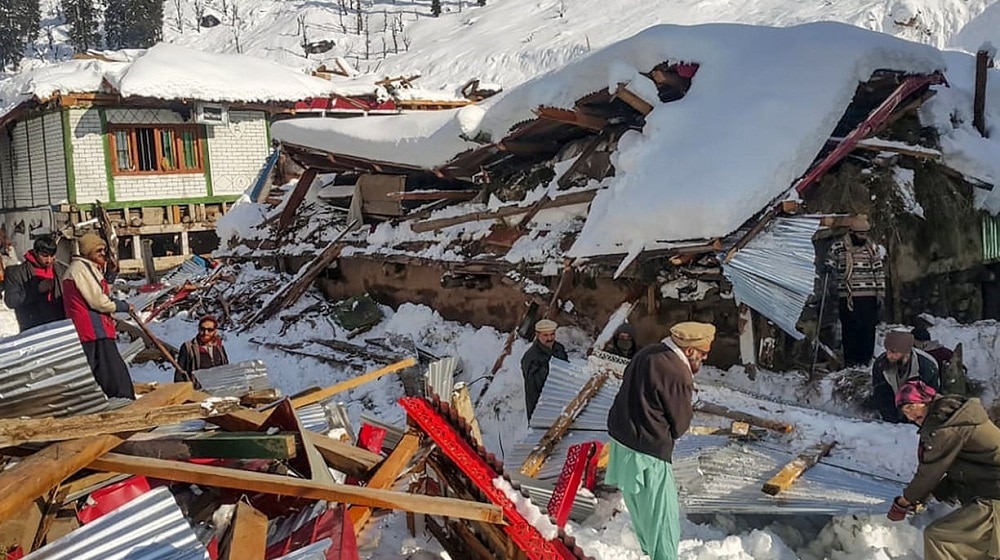 Unprecedented snowfall, avalanches, and landslides have resulted in the deaths of more than 100 people all over Pakistan, several media outlets have confirmed. Most of the weather-related deaths occurred in Neelum valley in Azad Jammu Kashmir (AJK) and Balochistan.

According to the National Disaster Management Authority (NDMA), 75 people have been confirmed dead in AJK; 69 of them died in Neelum Valley while 2 each in Kotli, Rawalakot, and Sudhanoti districts. NDMA officials said that most of the deaths resulted from avalanche strikes.

Initial assessment of NDMA revealed that 52 houses were razed to the ground while 82 sustained minor damage in the Neelum Valley. Moreover, 17 shops, 1 mosque, 7 cars, and 3 motorcycles were swept away in the avalanche.

Deputy Commissioner Neelum Valley, Raja Mahmood Shahid, said that 46 citizens perished when an avalanche hit a remote village in the Surgan and Bakwali area of Neelum valley. The snow demolished more than 2 dozen houses. The rescue operation is still underway in the snow ravaged village as DC Neelum Valley fears the death toll to rise.

Moreover, major highways connecting Pakistan to Afghanistan and Iran have been clogged due to heavy snow, temporarily suspending trade between the three countries.

Pakistan army, in collaboration with the district administrations, is conducting rescue and relief operations in areas affected by snowfall and avalanches. Contingents of the army aviation are busy in evacuating stranded citizens by helicopters.

Prime Minister Imran Khan expressed grief over the loss of lives and directed concerned authorities to ensure the provision of assistance to the people affected in AJK and Balochistan.

Pakistan Meteorological Department (PMD) has forecasted heavy snowfall in northern areas and parts of KP and Balochistan. Whereas it has predicted torrential rainfall in Punjab and Upper Sindh. The current wave of extreme cold weather will prevail for the next 48 hours.