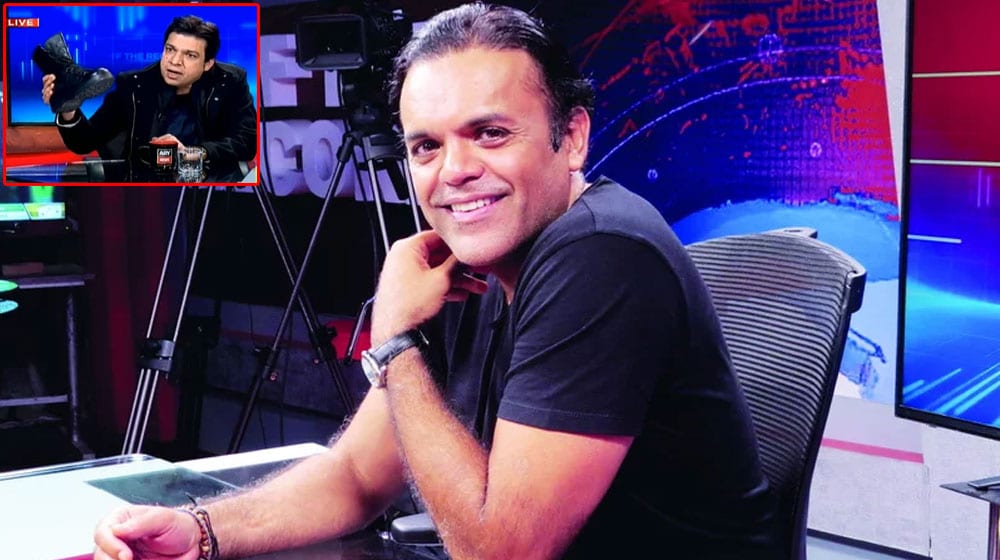 The Pakistan Electronic Media Regulation Authority (PEMRA) has banned renowned TV anchor Kashif Abbasi’s program ‘Off The Record’ on ARY News for sixty days. The host is also banned from appearing at any television show as a host, guest, analyst or an expert.

The channel has also been strictly warned to comply with the orders, or it could face a ban or license revocation by PEMRA, said the notification issued on January 15.

SCO Gets IPTV License from PEMRA 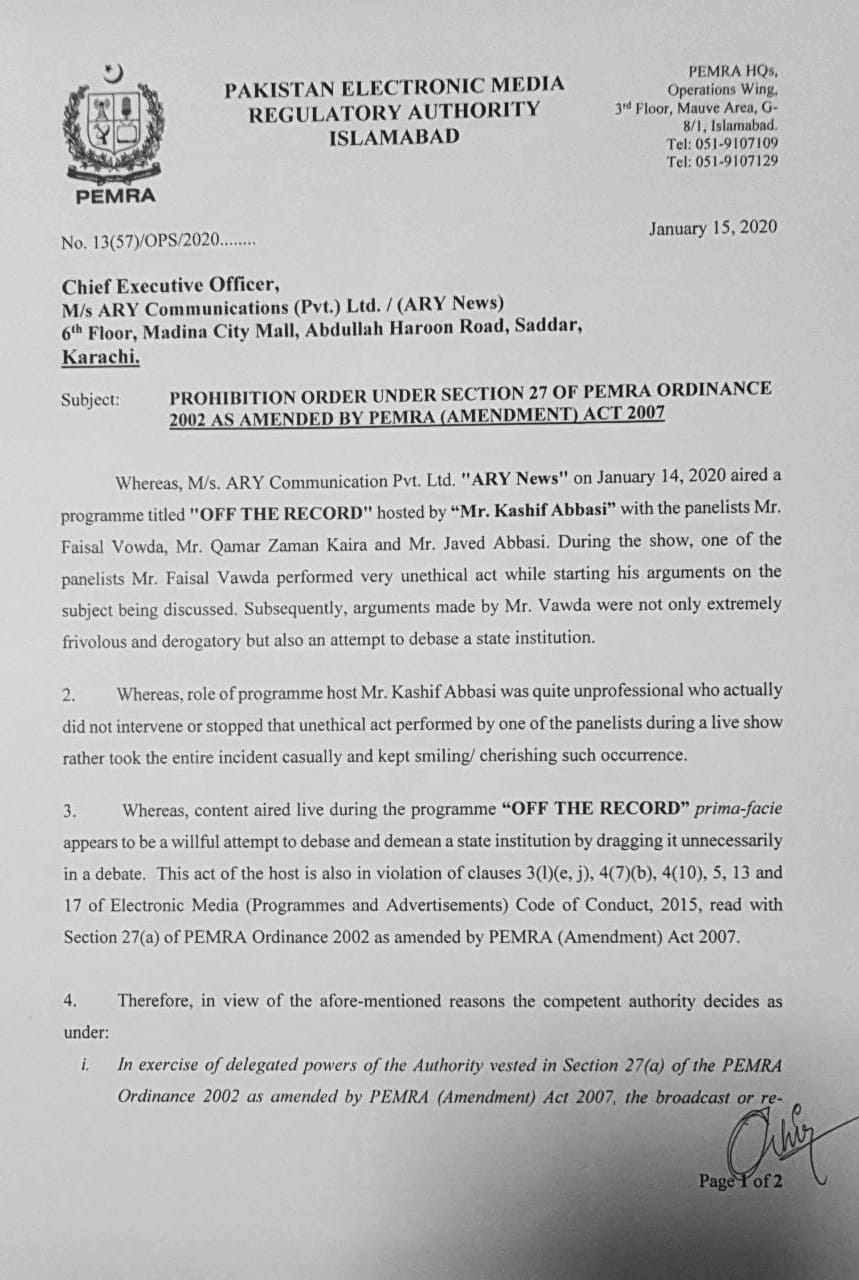 The media watchdog swung into action a day after the Federal Minister for Water Sources, Faisal Vawda, brought an army boot to his show to thrash opposition parties especially the Pakistan Muslim League Nawaz (PML-N) for supporting the Army Act Amendment Bill.

To conceal their corruption, PML-N’s stance has always been of ‘Vote Ko Izzat Do,’ but, when the time came, they gave respect to the boot instead by lying down. From now on, I’ll bring it to every program. 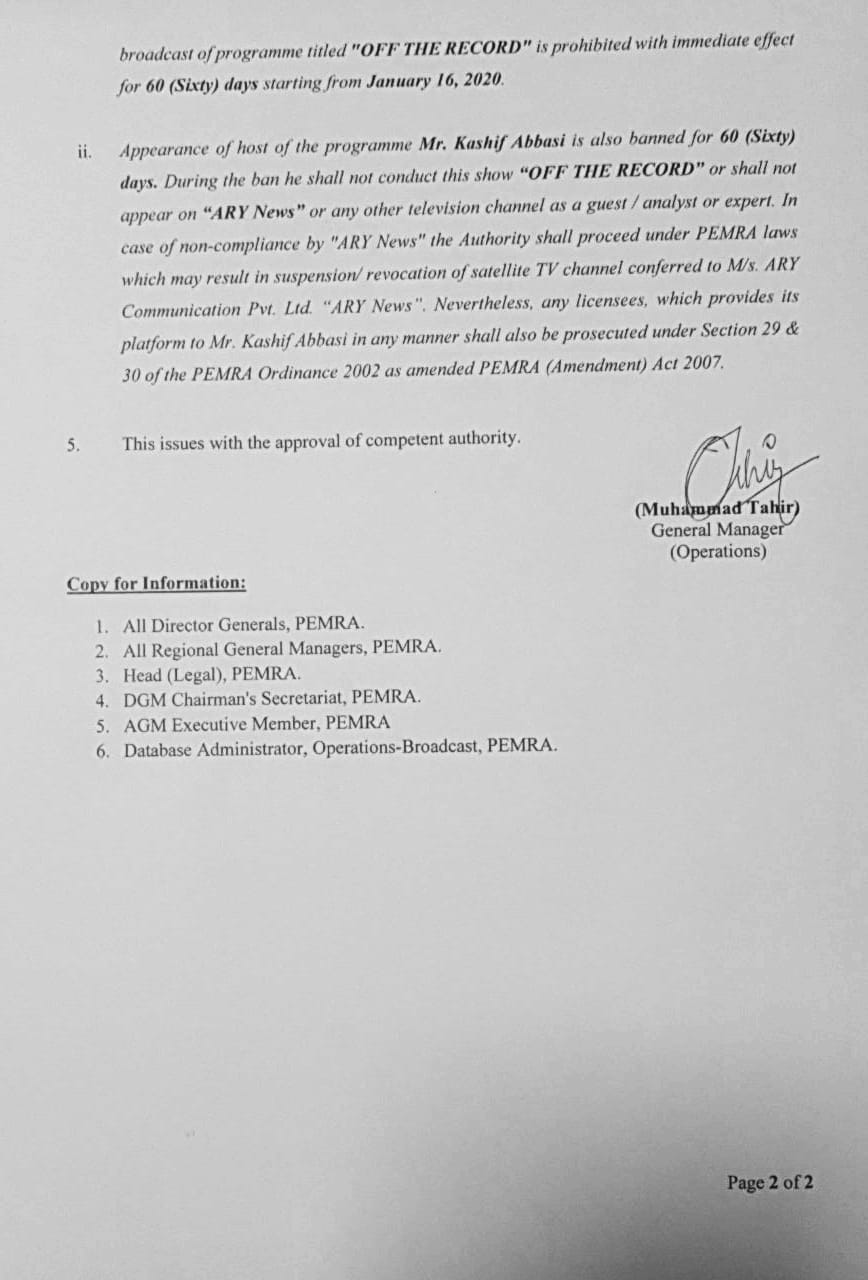 Taking action on the matter, PEMRA condemned Vawda’s frivolous and derogatory remarks that demeaned a state institution. It also criticized the Abbasi for not intervening to stop the act.

PEMRA Retracts Notification About News Anchors in a Clarification Notice

The host rather took the entire incident casually and kept smiling/cherishing such occurrence.