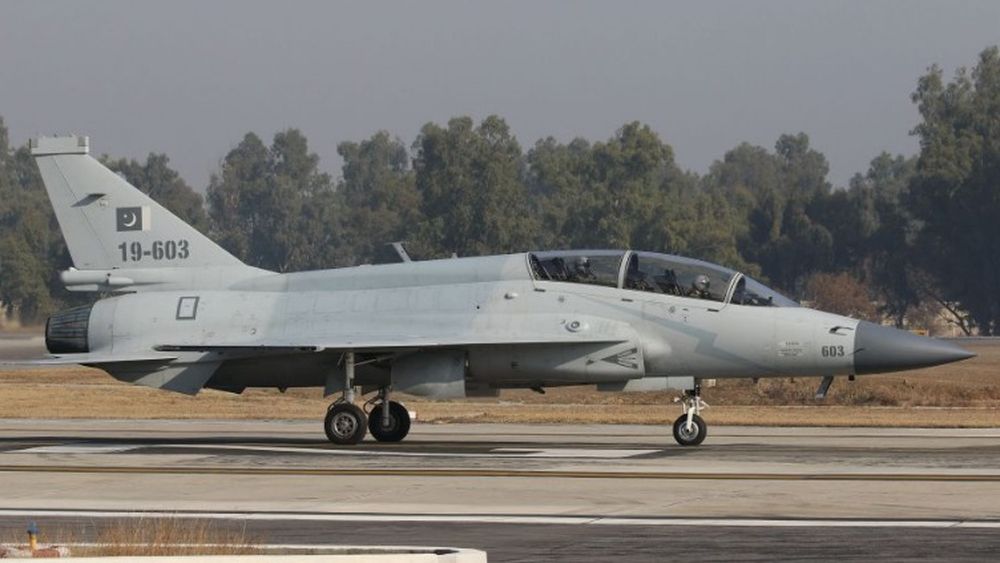 Pakistan Air Force (PAF) is all set to receive the first 12 of 26 dual-seat JF-17B Thunder aircraft in the near future, according to Jane’s Defence Weekly. The delivery of remaining jets will be completed in 2021.

The revelation was made by Air Chief Marshall, Mujahid Anwar Khan, in an interview with the magazine.

Out of the 12, 4 multirole fighters have been built at the Chengdu Aircraft Industry Corporation (CAC) whereas the remaining 8 at Pakistan Aeronautical Complex (PAC) in Kamra.

The JF-17B has come a long way after its prototype flight which took place in April 2017 in China. The rolling out ceremony for the dual-seat variant of the fighter jet took place in December last year at PAC Kamra.

The Chief of Air Staff believes that the induction of JF-17B will help PAF streamline the training process for its pilots. With its induction, PAF pilots will graduate to the Thunder at a much younger age, he told.

The JF-17 pilots are currently being posted to Lockheed Martin F-16, Chengdu F-7PG or Dassault Mirage IIIEA ROSE aircraft before converting to the JF-17. But they will start going straight to a JF-17 OCU [operational conversion unit] after completing their advanced jet training.