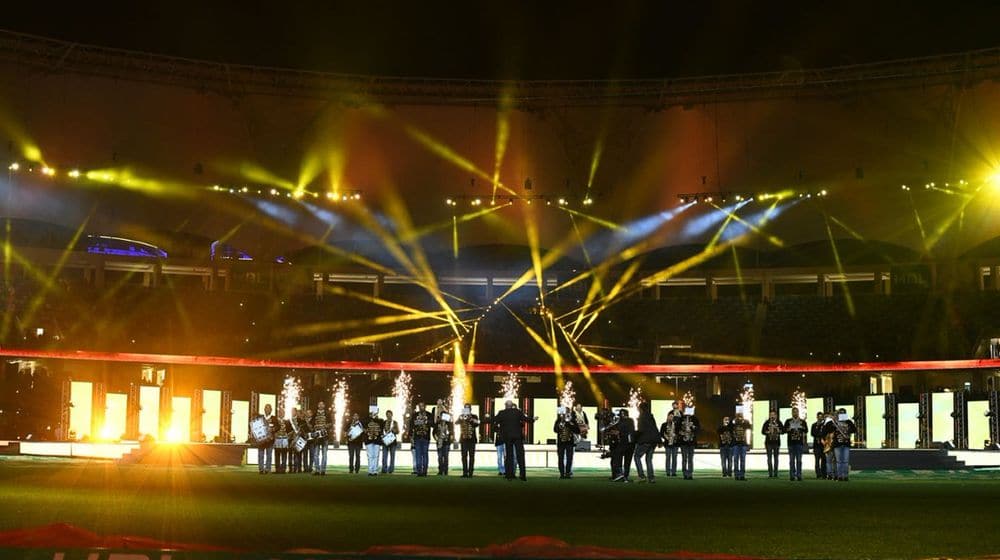 As many as 350 artists will perform in the opening ceremony of the PSL 2020, which will be held at Karachi’s National Stadium on Thursday. The hour-long ceremony will kick-off at 6.45 pm.

The metropolitan city is expected to be set alight as artists from different music genres will come together to perform at what will be the biggest opening ceremony in the history of the PSL.

The star-studded ceremony, which will be held before the opening match of the tournament between defending champions Quetta Gladiators and two-time champions Islamabad United, will also include a spectacular show of fireworks.

PCB Director Commercial, Babar Hamid, believes that a glittery opening ceremony would set the tone for the rest of the tournament.

It is only befitting that a grand and glamorous opening ceremony is held to welcome Pakistan’s very own PSL in the country. We have brought together all the top artists in the country to set the tone of what will be an epic tournament.