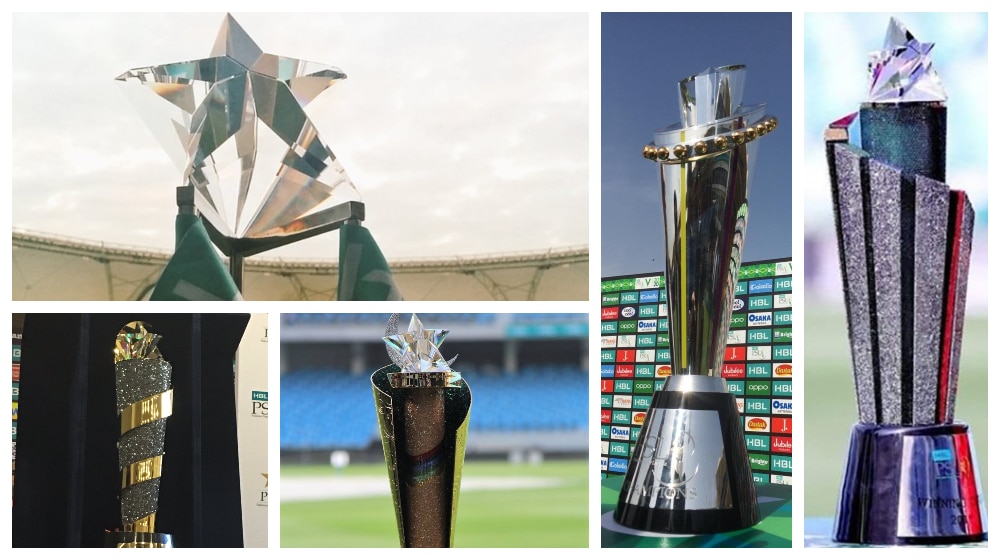 Today marks the start of the 5th edition of the Pakistan Super League (PSL). This year’s PSL is particularly enticing because it is the first time the league is being held entirely in Pakistan.

The brand new trophy for PSL 5 was unveiled on Wednesday after squash legend, Jahangir Khan, brought it to the National Stadium Karachi. The trophy unveiling ceremony took place in the presence of captains, team owners, and PCB’s higher management.

The trophy, which is far less glittery than the previous editions, will be up for grab on Sunday 22nd March after an intense battle for the final spots.  Below are the year-wise trophies for PSL:

A total of 34 matches will be played across four venues including Karachi, Lahore, Multan, and Rawalpindi with the grand finale scheduled in Lahore.

Which one is your favorite? Let us know in the comments.