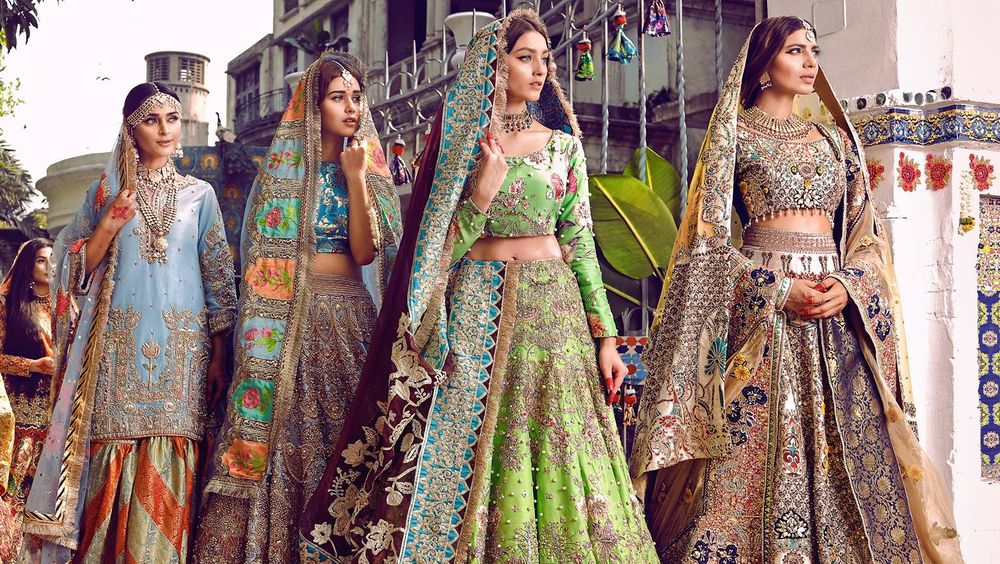 The Federal Board of Revenue (FBR) has found massive tax evasion by fashion designers.

According to the available documents, this was revealed while surveying for new taxpayers. The FBR has found that marriage dress designers charge an exorbitant amount for bridal dressmaking.

Sardar Ali Solangi, deputy commissioner (Inland Revenue) of Regional Tax Office-II, stated in the letter that “Some of the designers even charge millions for a single dress but when their income tax returns were analyzed it was found that quite a large number of these dress designers were paying very meager amount of tax i.e. their declared income does not commensurate with their receipts.”

The letter further stated that some of them are even not on the tax roll.

The office has identified 24 dress designers involved in misreporting their sales. Following are the names of the designers that the department is going to issue notices to:

Their returns are being analyzed and the desk audit is being conducted. The letter further stated that the information obtained about their income will be cross-matched with declared income, wealth statement filed and withholding statements filed by the withholding agents. 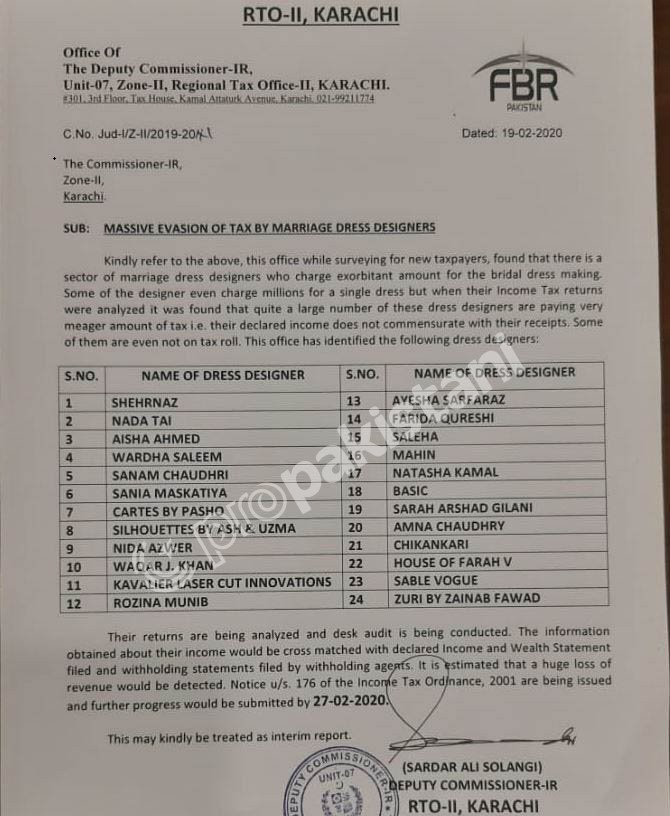 It is estimated that a huge loss of revenue will be detected, maintained Sardar Ali Sorangi. However, notices are being issued and further progress will be submitted by 27th of February, 2020, noted the Deputy Commissioner IR.

Tax managers are speeding up their efforts in order to meet the Rs. 5.23 trillion revenue target of the current fiscal year of 2019/20.