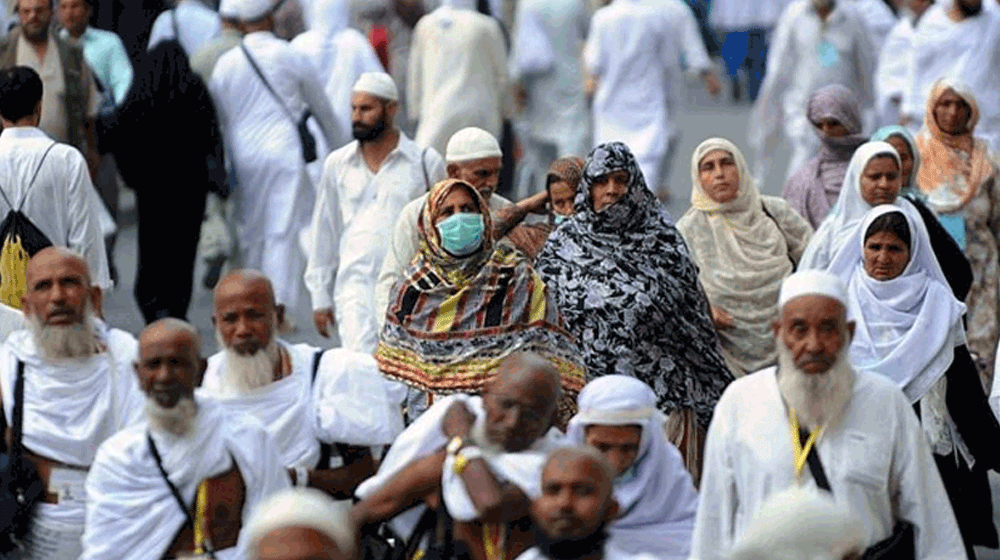 Following the spread of the deadly coronavirus to other Asian countries, Saudi Arabia has temporarily suspended religious visits to the country. It has also banned travelers from the virus-hit countries, including Pakistan. The development has come just a day after two coronavirus cases were confirmed in Pakistan.

The ban equally applies to travelers heading to KSA for Umrah or on a visit visa. If the situation persists, the Hajj this year could be severely affected, an official statement said.

As per details, the Saudi authorities have directed all airlines to inform passengers of the development and await further orders. In a statement on Thursday, the Saudi foreign office said:

The government is suspending entry to the Kingdom for the purpose of Umrah and visiting the Prophet’s Mosque temporarily.

It said that the country is also suspending entry for tourists from the affected countries.

The new travel ban will hurt Saudi Arabia’s tourism sector as every month, tens of thousands of Umrah pilgrims from Muslim countries travel to the Kingdom. However, the move will help prevent the virus from spreading to Saudi Arabia.

As per Arab News, Saudi nationals and citizens of Gulf Cooperation Council nations will not be allowed to travel to and from the country for the time being. However, Saudi nationals returning from such states, or GCC citizens returning to their countries will be granted an exemption. But, once they leave, they will not be able to return to Saudi Arabia until further orders.

The novel coronavirus has already killed over 2,800 people, and has spread to 50 countries, including Iran and Pakistan. Iran is the second country after China with the highest death toll. So far, more than 20 people have died due to this pandemic in Iran.

The Aviation Division has said that the flight operations between Pakistan and Saudi Arabia are continuing as per schedule.

However, in line with instructions of the Kingdom of Saudi Arabia, Umrah pilgrims and tourist visa holders from Pakistan would not be able to travel to the holy land, an Aviation Division press release said.

Whereas, the passengers holding the Iqama (work permit) of Saudi Arabia and Permanent Resident Cards would be allowed to travel to Saudi Arabia.

Meanwhile, an emergency control room has been established at the Aviation Division that will operate around-the-clock without any day off.