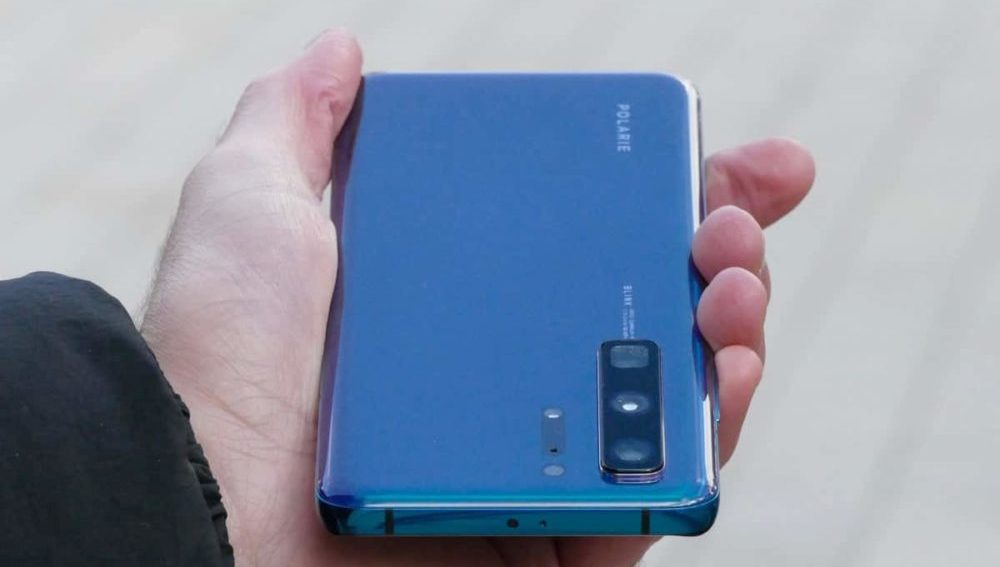 Huawei’s P40 series of flagship Smartphones is not expected to arrive until March 26, however, weeks ahead of its launch, folks over at Digital Trends have managed to get hands-on with the device.

The reason why it says “Polarie” and “Blink” at the back instead of “Huawei” and “Leica” is that the device is a prototype. It has a triple camera setup in a vertical layout and there appears to be a periscope lens at the bottom. The LED flash and the ToF sensor are placed separately next to the main camera module.

According to rumors, the main camera is going to be a 52-megapixel lens next to a 42MP ultrawide sensor, an 8MP telephoto sensor, and an additional ToF lens on the side. Just as before, this camera setup will come with the Leica branding as well.

Digital Trends has not shared any images of the front of the device, but since it is going to be a flagship phone, we can expect an in-display fingerprint sensor on an OLED panel likely with a high refresh rate as well. Earlier renders have also revealed a punch-hole cutout instead of a notch for the front-facing camera.

The publication says that the device is also thicker than the P30, so we can also expect a bigger battery this time around with fast charging tech. Other internal specifications include a Snapdragon 865 SoC, 256/512GB UFS 3.0 storage, and up to 12GB LPDDR5 RAM.

The series, including the base P40, the high-end P40 Pro, and a special edition P40 PE with a Penta-camera setup at the back will be unveiled on March 26 in Paris.