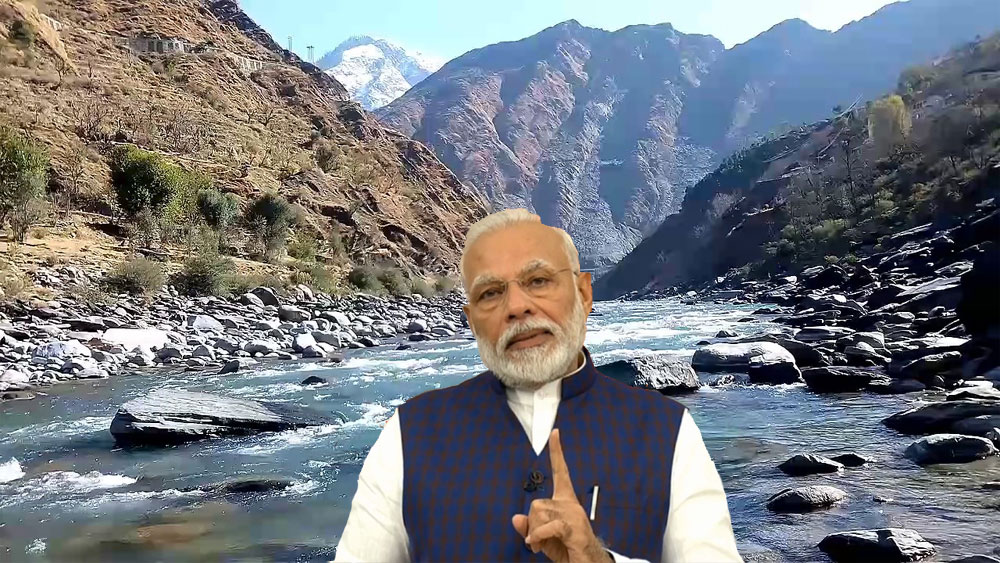 A recent foreign media report has revealed that the Modi-led Indian government is planning to stop Pakistan’s share of river water from flowing into Pakistan by the end of this year.

As per the report, Indian authorities are working on a plan to stop 2 TMC of water from the Ujh River, a branch of Ravi, flowing through the Kathua district of Indian Occupied Kashmir.

The story has also been reported in the Indian media, claiming that the Indian government has been presented a report in this regard. An implementation of the plan awaits government approval.

The Indian Prime Minister, Narendra Modi, and his several ministers have retreated this threat in the past.

Last year, after creating Pulwama drama to frame Pakistan, Modi and his ministers began to threaten Pakistan with water terrorism. Modi has previously claimed that India will block Pakistan’s water supply in the near future.

“For 70 years, the water which belongs to India and the farmers of Haryana flowed to Pakistan. Modi will stop this water and bring it to your houses,” Modi told an animated crowd in Haryana in October last year.

Earlier in February 2019, the Union Minister for Transport and Water Resources, Nitin Gadkari, had repeated the same mantra, saying that they were planning to construct three dams in Uttarakhand to halt India’s unused share of river water from flowing to Pakistan.

It should be noted that India is bound to share river water with Pakistan under the 1960’s Indus Waters Treaty brokered by the World Bank. It defines the formula of water sharing between the two countries.