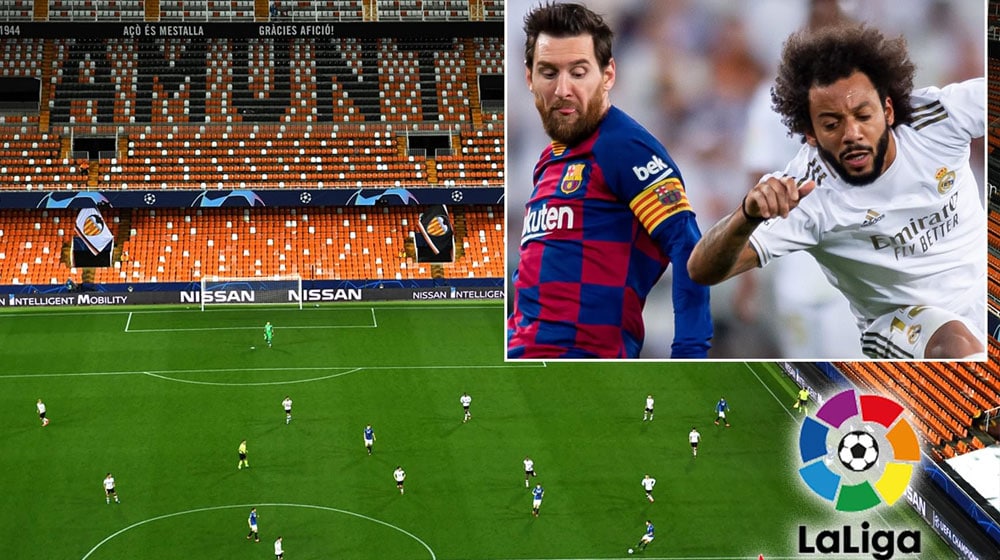 A rapid spread of coronavirus in Europe has spurred panic among the football teams as the La Liga has been suspended for two weeks.

The decision to suspend football matches of the European league came at the same time when a Juventus player, Daniele Rugani, tested positive. As a result, the entire Juventus team has been quarantined.

Hours later, Real Madrid players were also sent in isolation after one of the city’s basketball team players contracted the virus. This means that their Champions League tie against Manchester City might as well be called off.

Though no football player at Real Madrid showed symptoms, the club shut down Valdebebas after their basketball player tested positive for the deadly virus. The decision was taken as a preventive measure because the two teams often interact with each other and share the same facilities. Families of staff members have also been told to return home from their places of work.

In a statement, the club later confirmed that Madrid’s football and basketball fixtures this week would not take place. However, there was no mention of the match against Manchester City, but a call off is highly likely.

Moreover, a meeting between the La Liga management, franchise owners, and players federation unanimously decided to put the league on hold. Earlier, the games were allowed to go on without allowing spectators’ entry, but the latest developments have forced the change.