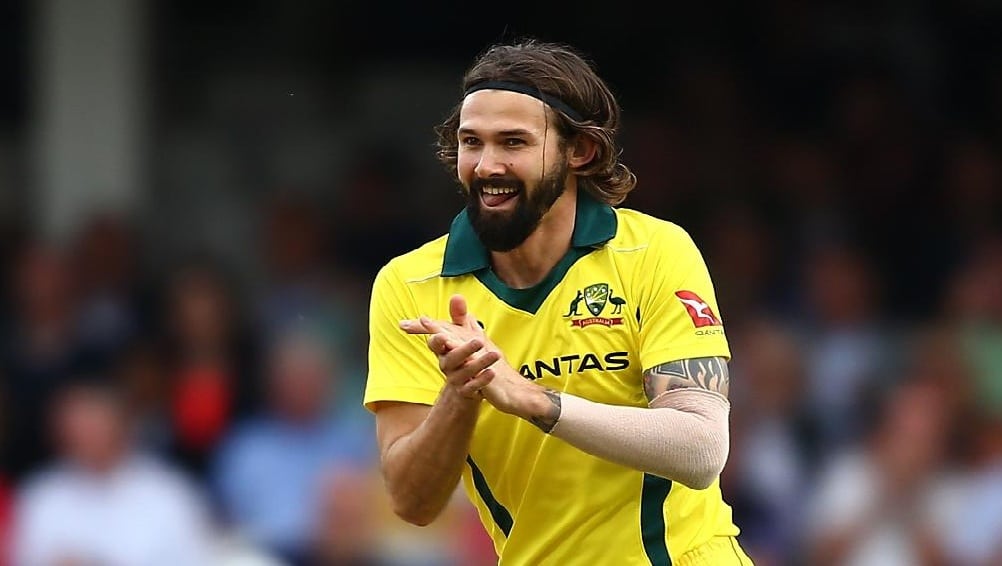 Australian bowler, Kane Richardson, has been tested for the Coronavirus after complaining a mild sore throat to the Australian team’s medical staff.

As a precautionary measure, the 29-year-old was quarantined just hours before the first ODI against New Zealand at Sydney Cricket Ground.

The bowler is expected to miss the remainder of the ODI series against the Kiwis if he is tested positive for the disease.

Cricket Australia has released an official statement on Richardson’s health stating that the player has been kept away from the team as a precaution.

Our medical staff is treating this a typical throat infection but we are following Australian Government protocols that require us to keep Kane away from other members of the squad and perform the appropriate tests given he has returned from international travel in the last 14 days.

Once we receive the results of the tests and Kane recovers in the next few days we expect he will re-join the team. We will not be making further comment until something changes.

Australian management has called up Sean Abbot as Richardson’s replacement for the time being.

Kane Richardson had recently returned to Australia from South Africa after participating in T20I and ODI series.

Earlier, Cricket Australia decided that the ODI series against New Zealand will be played behind closed doors after the WHO declared COVID-19 as a pandemic.