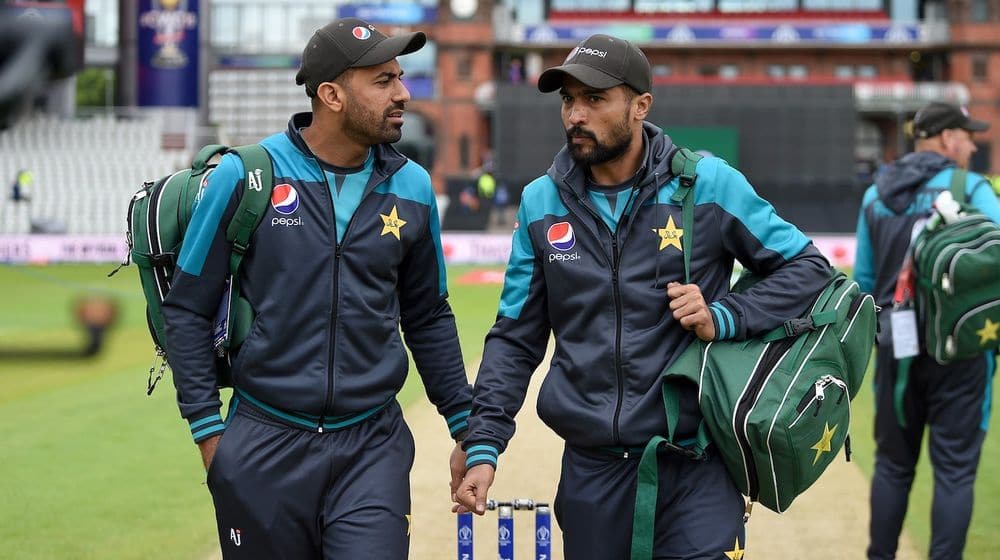 Pakistan bowling coach, Waqar Younis has said that the timing of Mohammad Amir and Wahab Riaz’s decision to bid farewell to Test cricket was not right.

The legendary fast bowler said that the duo had ditched the team right before an important Australia tour, however, he hopes that they will continue to contribute in their limited-overs outfits.

Explaining the management’s decision to include youngsters such as Mohammad Musa, and Naseem Shah for the Test series in Australia, Waqar said that they were left with no other option but to go for youngsters.

Just before the Australia series, they ditched us and we only had the choice to pick youngsters.

Amir retired in July whereas Wahab followed soon after in September last year, a move which was made to prolong their careers with Pakistan and to play T20 leagues around the globe.

Despite their bad decision at the wrong time, Waqar has wished them the best for white-ball cricket, saying he doesn’t have any grudge against anyone.

It’s not like we have lost a lot, but yes they left us at the wrong time. But anyway, we don’t have any grudge against them. I still feel they have a lot to contribute in white-ball cricket and they should carry on playing for Pakistan