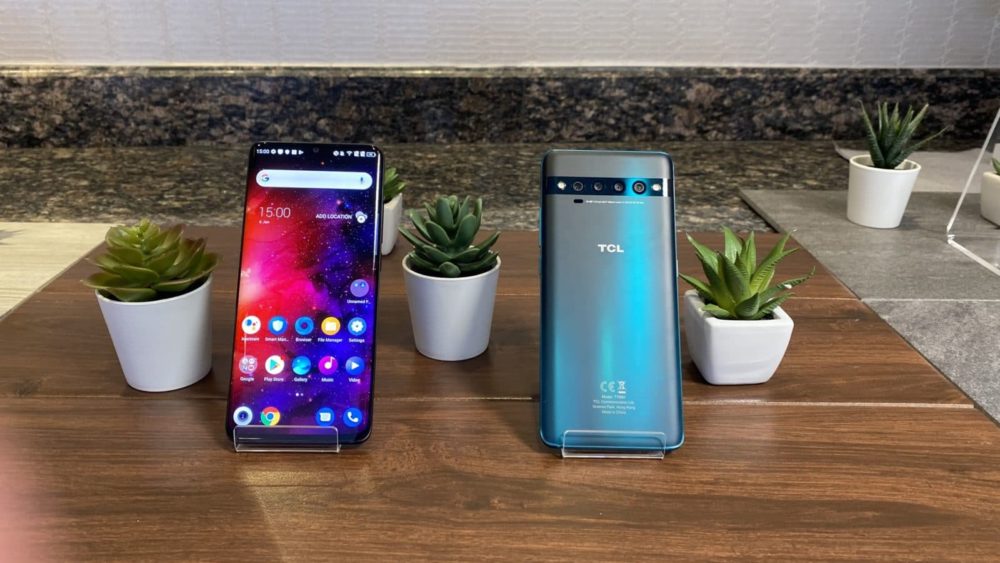 Months after announcing its newest lineup of mid-range smartphones, TCL has finally revealed detailed specifications for the 10L, 10 Pro, and 10 5G. Surprisingly enough, the TCL 10 5G is not the best out of the three, that honor goes to the 10 Pro instead.

The TCL 10 Pro is the only device in the lineup with an AMOLED display, 960 FPS slow motion, and a aesthetically pleasing screen to body ratio thanks to smaller bezels compared to the rest. The TCL 10L and 10 5G  have 6.53-inch FHD+ LCDs with cornered punch-hole cutouts for the front-facing camera. The back has a quad-camera setup in a horizontal layout with LED flash units on both ends. There is also a fingerprint sensor right underneath it.

The TCL 10 Pro has a slightly smaller 6.47-inch AMOLED display with FHD+ resolution and curved edges. It has the same quad-camera setup at the back in a black strip but no fingerprint sensor there since the phone has an in-display optical fingerprint reader instead.

The storage is expandable via a microSD card in all three phones as well, something we see less and less of these days.

The TCL 10L has a 48MP main camera with an 8MP ultrawide lens, a 2MP macro camera, and a 2MP depth sensor. The front-facing camera inside the punch-hole cutout is a 16MP shooter.

The TCL 10 5G upgrades its main camera resolution to 64MP and replaces the 2MP maco camera with a 5MP unit. Other specifications for its camera setup are identical.

The TCL 10 Pro also has a 64MP main camera but has a 16MP ultrawide sensor, a 5MP macro camera, and a 2MP depth sensor. The front-facing camera on the device is a 24MP shooter. All three phones are capable of 4K video recording at 30 FPS, but the 10 Pro can also capture 960 FPS slow-motion videos at 720p.