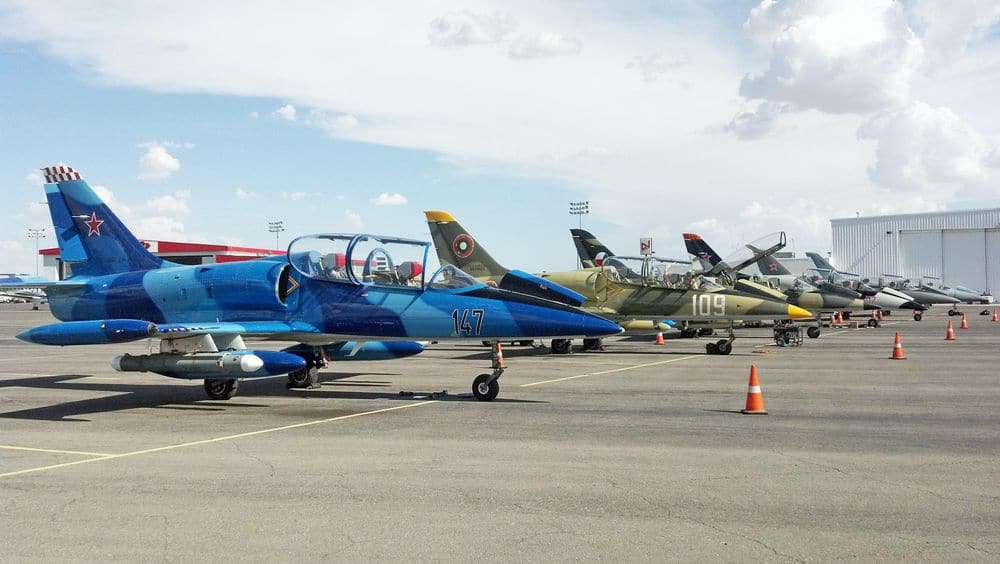 Aviation lovers get goosebumps with the idea of a private air force. Wouldn’t it be great if you had a few fighter jets that you could take out for a spin whenever you felt like it?

A renowned name in the adversary air support market worldwide, Don Kirlin purchased his first foreign military aircraft – L-39 Albatross – back in 1994 and later went on to buy the first-ever private Mig 29 Fulcrum. With multiple licenses, his company can own and fire cannons and military machine guns.

Kirlin is hoping to put all of F/A-18 spare parts inventory and test equipment – valued at over $1 billion – to good use by bringing all the 46 jets back into service.

These fourth-generation fighters, which will make up at least three full-fledged squadrons, will be deployed across key bases in the US, giving the trainer pilots a very tough time as part of their air-to-air combat training.

These are equipped with bolt-on Elta EL-L/8222 electronic warfare pod, which are standard modular self-protection jamming systems going on around the globe, AN/APG-73 radar, thus giving the jets an ability to jam and engage simultaneously. The other features include: