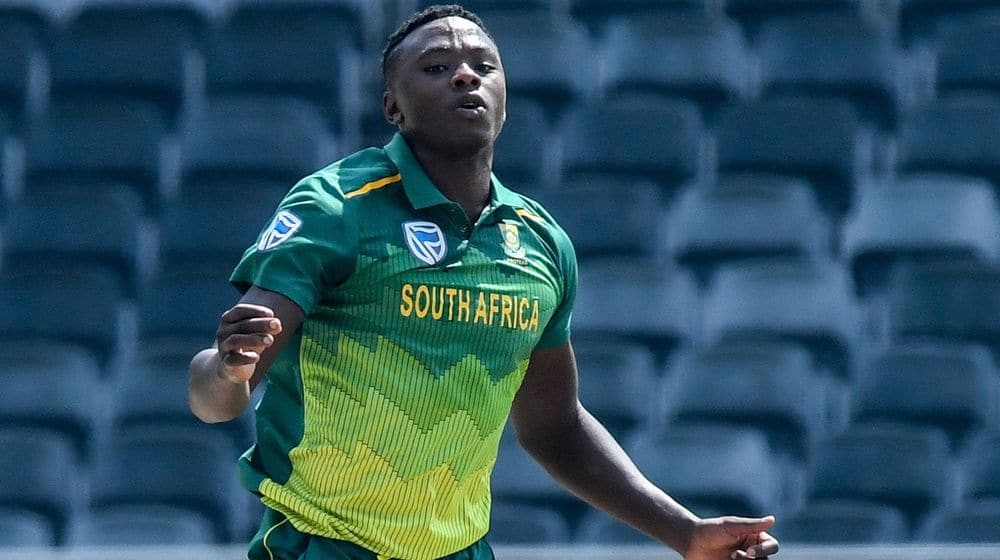 South Africa’s superstar fast bowler, Kagiso Rabada, has shown his willingness to play the Pakistan Super League. Responding to questions in a live Q&A session, the young pacer revealed that he would have played PSL 5 if he didn’t have international commitments.

In February-March, South Africa were busy playing against England, Australia and later went for their tour to India, which was canceled due to coronavirus fears.

The 24-year-old’s addition alongside Dale Steyn would have made the league even bigger. He rose to prominence in the Under-19 World Cup 2014, which the Proteas won by defeating Pakistan in the final. He was the second-highest wicket-taker with 14 scalps from just 5 innings at an average of 10.28.

Rabada is a regular for South Africa and leads the pace attack in all the formats.

Do you want to see Kagiso Rabada in the next PSL? Let us know in the comments.