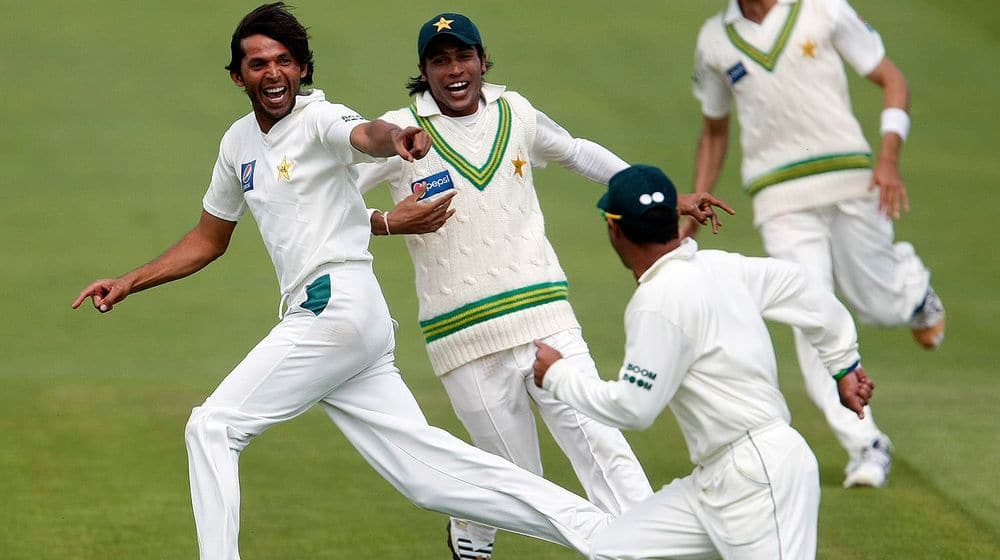 In a free-spirited interview with ESPNCricinfo, Mohammad Asif has opened up on a number of topics including Mohammad Amir’s retirement from Test cricket.

Amir retired from the longest format at the age of 27 to prolong his limited-overs career along with Wahab Riaz, who decided to take an ‘indefinite break’.

The 37-year-old showed no respect whatsoever for his crime partner, asking:

Did anyone ever take Amir’s name, saying he was the toughest bowler to handle? Definitely no.

The disgraced cricketer said that he curses the Pakistan Cricket Board (PCB) for how they brought him back to the game. He, however, believed that Amir should have given back to the board by playing longer. Talking about his retirement, he said:

It’s the PCB’s decision to let him go, but if he is meant to leave Test cricket at this age, it really is a curse upon those who fought so hard to bring him back.

Asif also lamented Amir’s lack of compassion saying, if PCB has invested in you, it’s your duty to rescue them when needed. “If the PCB had done the same for me”, he added, “I’d still be available to rescue Pakistan in Test cricket for the next two years. I know there are fitness standards, but I can work that out and whatever is required I can do it”.