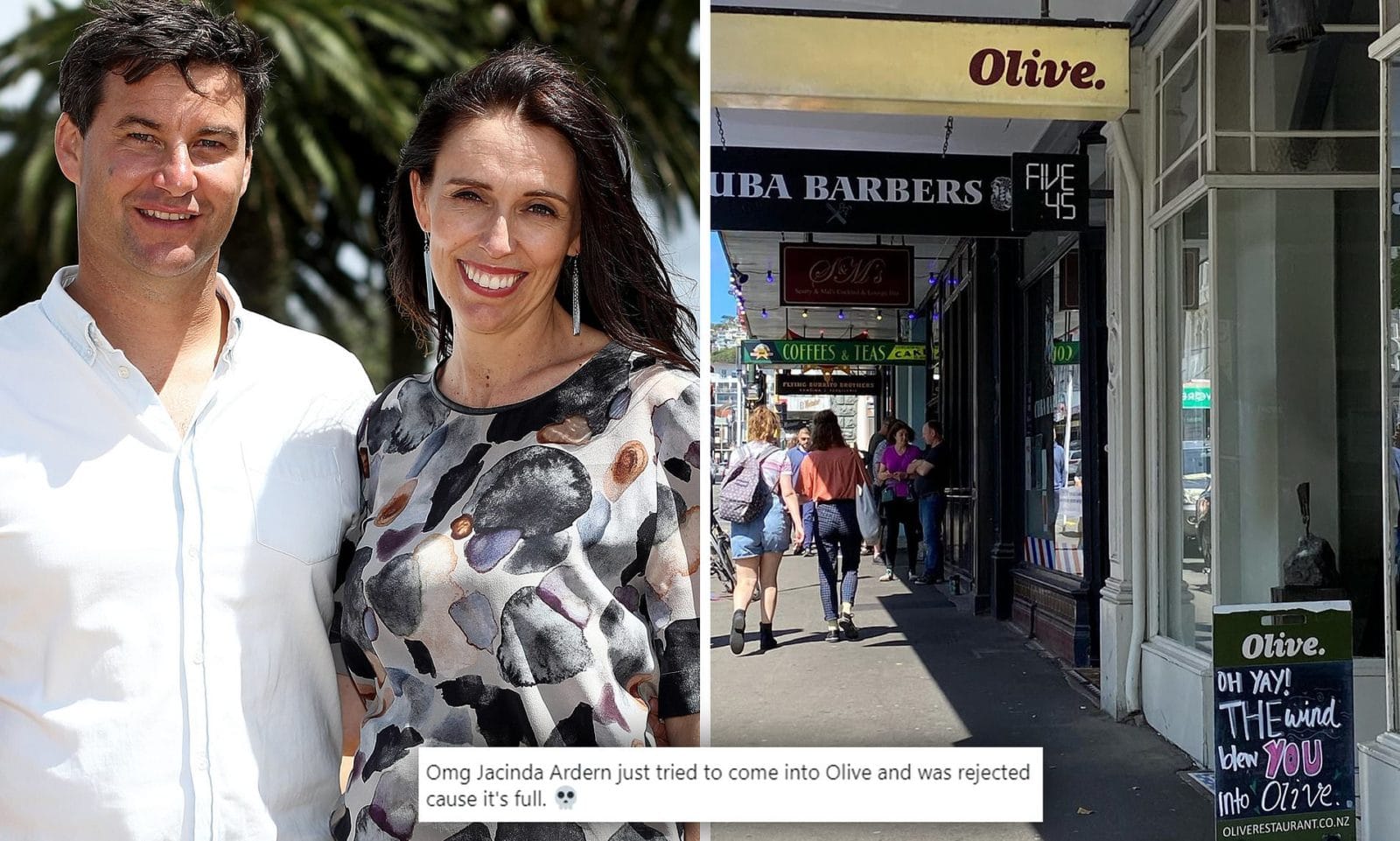 In a rare event, New Zealand’s prime minister Jacinda Ardern was turned away from a Wellington café after she casually dropped in with partner Clarke Gayford for a snack.

The restaurant was packed to full capacity under the new social distancing rules of the country that recently eased lockdown restrictions reopening cafes, cinemas, and malls after two months.

The incident was shared on Twitter by a user named Joey who wrote, “Omg Jacinda Ardern just tried to come into Olive and was rejected cause it’s full.”

Omg Jacinda Ardern just tried to come into Olive and was rejected cause it's full. 💀

The tweet drew a sheepish response from Jacinda Ardern’s partner Clarke Gayford who said, “I have to take responsibility for this, I didn’t get organised and book anywhere. Was very nice of them to chase us down st when a spot freed up. A+ service.”

I have to take responsibility for this, I didn't get organized and book anywhere. Was very nice of them to chase us down st when a spot freed up. A+ service.

The restaurant’s owner told the New Zealand Herald that no exceptions were made for the prime minister. “It was nice after all the drama and stress of the past two months to be talking about something light-hearted and fun,” he added.

But minutes later, when a space opened up, the restaurant manager ran down the street and caught up with Jacinda, a courtesy that the restaurant says is extended to all customers.

“She had a lovely brunch and left half an hour later. She was lovely with all the staff … [and] she was treated like a normal customer,” the restaurant owner said.

Commenting on the incident, a spokesperson for Ardern’s office said, “The PM says she just waits like everyone else,” adding that waiting at a cafe was something anyone could experience during New Zealand’s virus restrictions.

New Zealand imposed one of the world’s strictest lockdowns in late March and gradually lifted restrictions after successfully containing the virus.

Thanks to the country’s vigorous virus elimination strategy, fewer than 1,500 people have been infected with the novel coronavirus in New Zealand with fatalities restricted to 21.

The incident should remind us all of one thing in this time of crisis: Nobody is above the law and exempt from the coronavirus restrictions crucial for stemming the outbreak – not even the prime ministers.