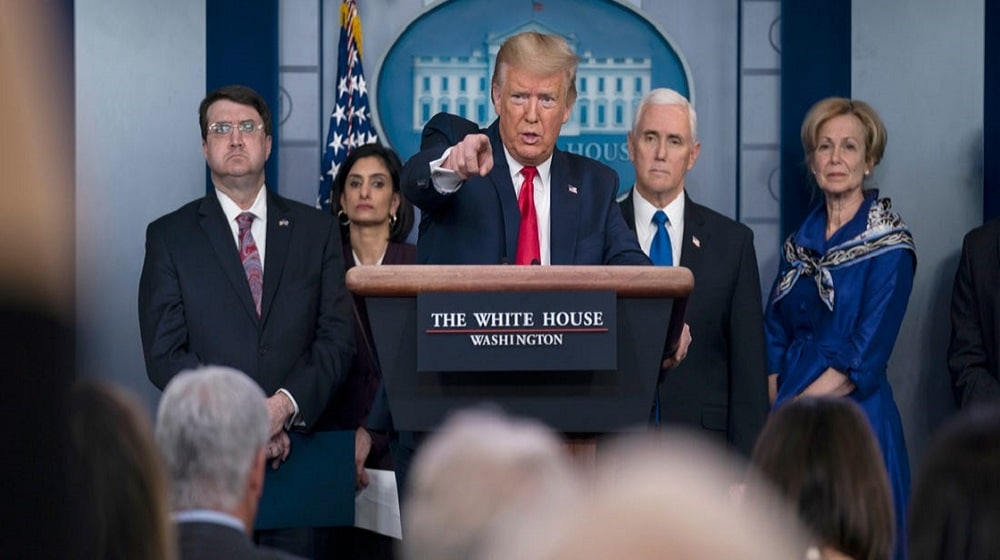 Named “Executive Order on Preventing Online Censorship,” the order comes after Twitter flagged one and fact-checked two of Trump’s tweets on account of violating Twitter Rules for glorifying violence and disseminating false information about mail-in voting.

Following the series of Twitter spat, Donald Trump accused Twitter of interfering in the 2020 Presidential Elections scheduled to be held in November later this year. Trump’s tirade didn’t stop there and he vowed that the US government will either regulate or shut down social networking platforms for their role in muzzling conservative voices.

Here is What the Executive Order Does

Some legal experts have termed the order as purely political and toothless in terms of enforcement. However, they have warned that it could lay the groundwork for future legislation.

Others have declared the executive order as a blatant and unconstitutional threat to punish social-media companies that do not toe the line of Donald Trump.

Ashkhen Kazaryan, Director at the TechFreedom think tank, has said that Executive Order on Preventing Online Censorship contradicts the First Amendment as it aims to weaponize the Federal Communications Commission and other arms of the federal government to monitor online speech.

Justin Brookman, director of consumer privacy and technology policy for Consumer Reports, has said that a fact check by Twitter is an editorial decision protected by the First Amendment. This executive order is a half-baked effort that will have few legal effects, but it could chill free expression online and threaten the open internet.

Megan Brown, an attorney who specializes in privacy and cybersecurity, has said that the First Amendment protects Twitter from Trump. It does not protect Trump from Twitter. Moves like this should come from Congress, not executive orders.