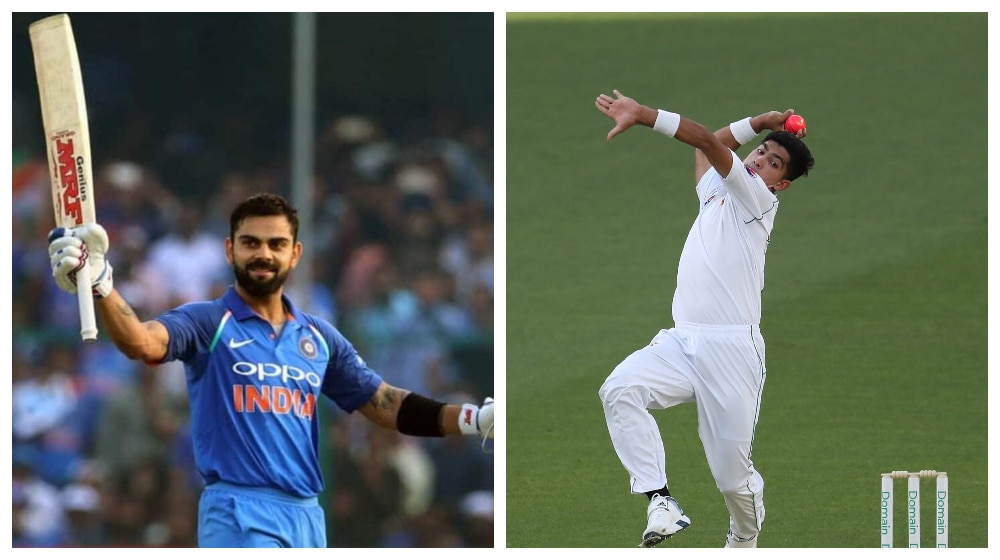 It might take some time before we get to see major cricketing battles, especially the Pakistan-India clash in the Asia Cup. The event, which was scheduled this year, is likely to be postponed due to the coronavirus as the Asian Cricket Council is yet to make its final decision on the matter.

The hosting rights rest with Pakistan, however, it is understood that the event is to be hosted in the UAE or elsewhere due to BCCI’s refusal to send its team across the border.

I respect him but don’t fear him.

Pakistan’s teenage pace sensation, Naseem Shah, has expressed his desire to bowl to Indian captain, Virat Kohli, saying he looks forward to bowling to the best in the business. The pacer was recently included in PCB’s list of centrally contracted players for 2020-21.

Pakistan is the Brazil of Cricket: Sultan of Swing

Talking about the potential faceoff, the star fast bowler said he is happy to take the challenge of bowling to Kohli.

It’s always a challenge to bowl to the best, but that’s where you have to raise your game.

He is being hailed as the next big thing from Pakistan cricket. The youngest bowler to take a hat-trick and a five-for in Test cricket, Naseem Shah said that praise from legendary cricketers and experts makes him want to do even better.

When I hear or read their positive comments about me, I want to try even harder and prove to everyone that what they are saying is correct and not let them down. I’m not someone who gets big-headed or arrogant when I receive praise or compliments. In fact, it acts as an incentive and a motivation to improve further so that I can receive more compliments from them in the future.

Who do you think will win the battle when the two come face to face? Let us know in the comments.