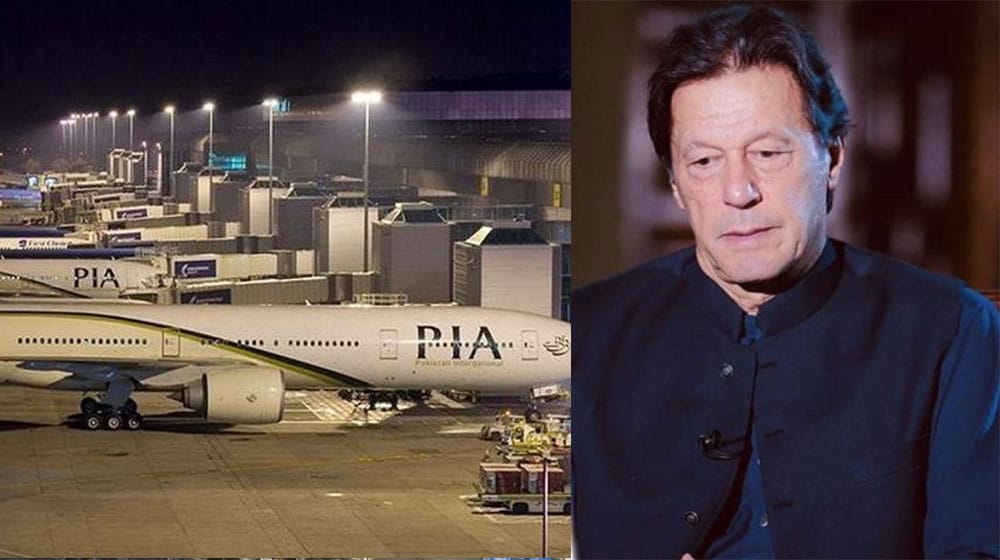 The national flag carrier has been running on government bailouts since it stopped making a profit during PPP’s last regime.

PM Khan observed that the domestic and foreign assets of PIA should also be utilized to generate income, and the money should be used to upgrade the national airline. His remarks came in response to a report submitted by the Chief Executive Officer of PIA, Air Marshal Arshad Malik.

Arshad Malik, in his report, “The Roadmap for the Revival of PIA,” had highlighted that the state-owned airline is incurring losses of Rs. 6 billion every month due to the ongoing situation.

PIA is facing an annual loss of Rs. 6 billion and the expenditures of only salaries of 14,500 employees are Rs. 24 billion per year. During the last 12 years, 10 heads of the national carrier were changed.

During a high-level meeting, attended by the several ministers and special assistants to Prime Minister, Arshad Malik apprised the premier on the investigations of the recent PIA aircraft crash, handing over of the bodies, and distribution of compensations among heirs of the victims.

PM Khan was told that CEO Arshad Malik has not been functioning on his post for the last three months due to judicial proceedings, which has disrupted the revival process.

Malik said that not only PIA but the airline industry all over the world is severely affected by the coronavirus pandemic. He continued that PIA’s reformation process will continue even during the troubled times due to the pandemic.

Khan said that eventually, masses will have to bear the burden of billions of rupees of losses incurred by state entities. He ordered to speed up the reforms and reorganization process of PIA.