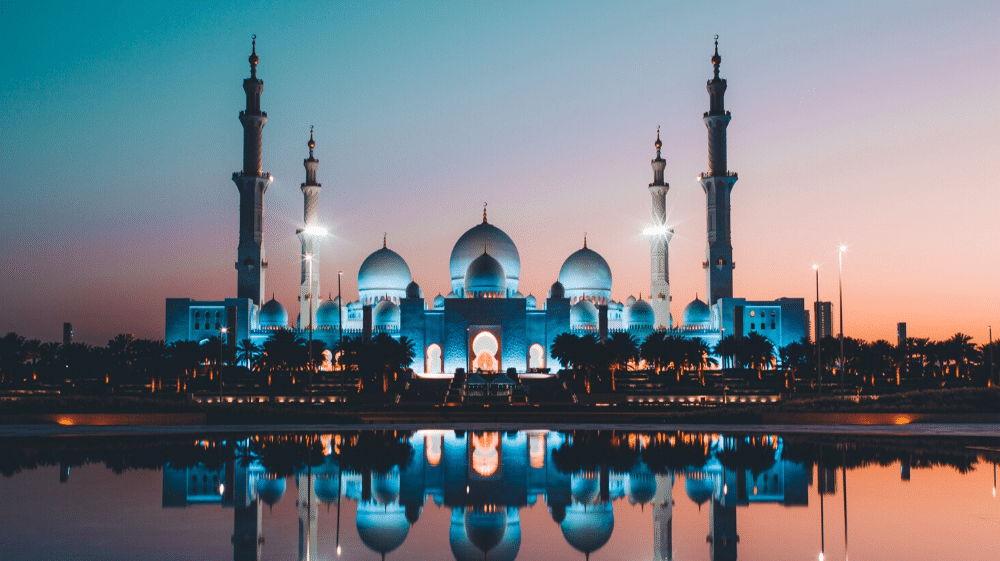 Mosques are not only a place of worship for Muslims, but it also represents the rich history of Islam. Many mosques around the world feature stunning and almost majestic architecture and are also considered tourist attractions. They welcome visitors who not only want to marvel at the buildings but are intrigued by the customs and traditions of Islam.

The magnificent Sheikh Zayed mosque is located in Abu Dhabi, the capital city of the United Arab Emirates. Its courtyard has 82 domes, 1000 columns, 24-carat gold gilded chandeliers, and the world’s largest hand-made carpet which will take your breath away. A reflective pool surrounds the mosque, amplifying its beauty.

Hand-carved stone, intricate mosaic tile-work, and gilded ceilings showcase the excellence of Moroccan craftsmanship at the Hassan II Mosque. Overlooking the Atlantic Ocean is the 700-feet-tall minaret, the second largest in the world. The mosque includes a madrassa, hammams, a comprehensive museum, and a library.

The Grand Mosque was inaugurated in 2001 as a way to celebrate Sultan Qaboos’s 30th year as a ruler. The landmark’s centerpiece is the lavish chandelier over the men’s prayer hall; the lighting fixture consists of 600,000 pieces of crystal trimmed with gold and more than 100 lamps.

It is the country’s largest mosque and also the second-largest mosque in Southeast Asia. With its size, the mosque can hold 24,000 worshipers at any given time. Its most distinguishing feature is its large blue and silver dome.

The Sultan Ahmed Mosque, popularly known as ‘The Blue Mosque’ is an architectural marvel. Though the exterior may not catch your attention in an instant, the interior is an absolute delight. The beauty of the six minarets at night is simply breath-taking.

The Lala Mustafa Pasha Mosque, originally known as the Cathedral of Saint Nicholas and later as Saint Sophia (Ayasofya) Mosque of Mağusa, is the largest medieval building in Famagusta, Cyprus. It was constructed as a Catholic cathedral in 1328. The cathedral was converted into a mosque after the Ottoman Empire captured Famagusta in 1571 and it remains a mosque to this day.

Also known as the Pink Mosque, the Nasir al-Mulk Mosque comes alive with a kaleidoscope of colors when the sun rises. As you explore the exteriors, you’ll find yourself marveling at the intricate details and vibrancy of its design – truly a spectacle like no other.

Kul Sharif Mosque is the biggest mosque in Russia, one of the main mosques in Tatarstan named in honor of the Tatar national hero Kul Sharif. The interior of the mosque is designed for 1,500 people. The square in front of the mosque can accommodate another 10,000 people. The mosque complex includes a museum, library, and a publishing center. 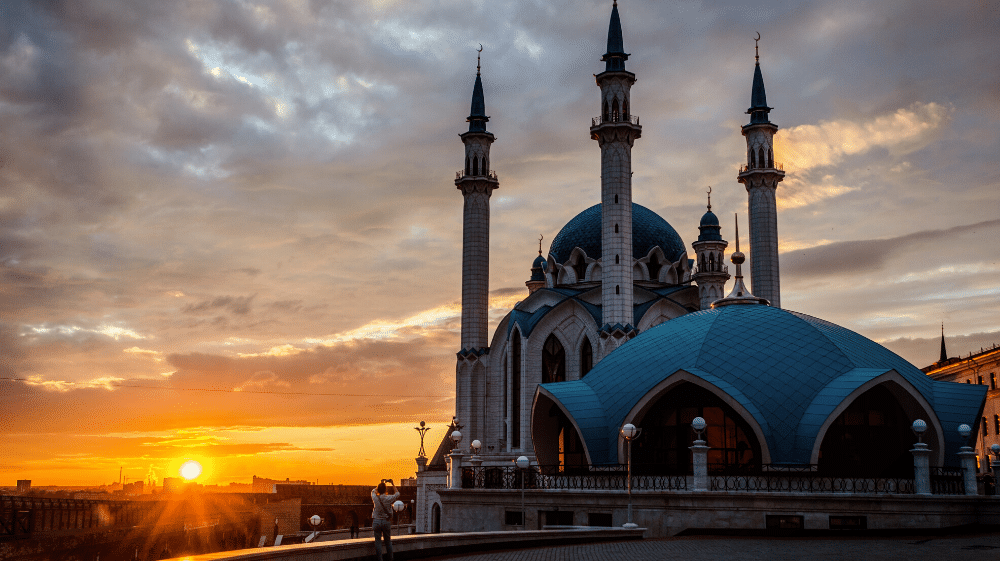 The Malacca Straits Mosque hosted its opening ceremony in 2006 and, since then, has been a major tourist attraction not just in Malacca but throughout the whole of Malaysia as well. It is situated on the man-made Malacca Island.

What makes this mosque beautiful isn’t just its stunning architecture, which combines both Middle Eastern and Malay craftsmanship, it is also the fact that it is built on the shoreline of the Strait and, when the water level is high, the mosque looks like it’s floating above the water!

The Great Mosque of Xi’an houses more than 20 buildings across its five courtyards, making it the largest mosque in China. Many of the sacred site’s architectural features pay homage to Persian roots while keeping in the style of the infrastructure during the Ming and Qing dynasty.