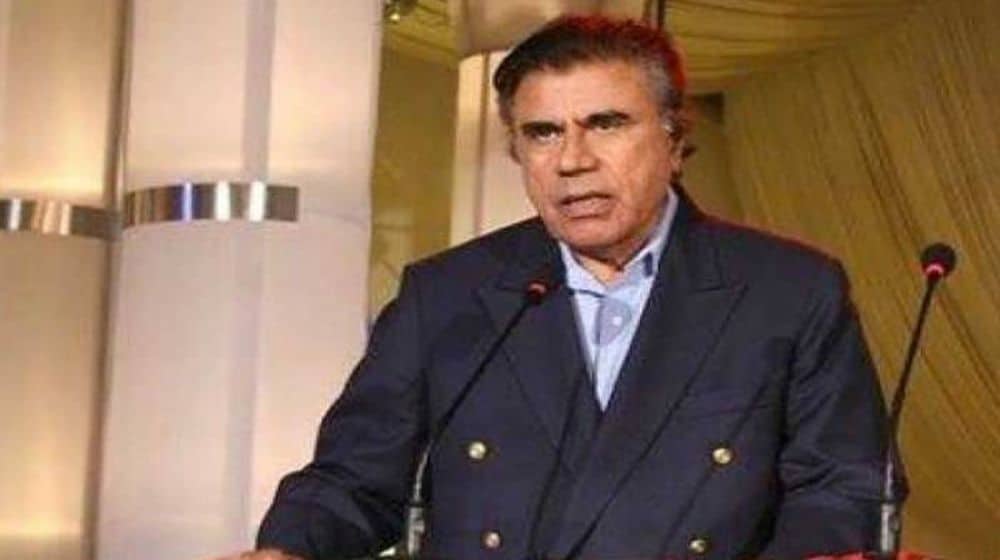 One of the most renowned TV hosts, Tariq Aziz, has passed away earlier today in Lahore at the age of 84. His iconic show, Neelam Ghar or Tariq Aziz Show, was one of the most-watched TV shows of PTV’s golden era.

The Jalandhar-born anchor was awarded the Pride of Performance Award in 1992 for his services to the entertainment industry in the country. Tariq Aziz’s show started back in 1974 and continued to impart useful knowledge to everyone watching for over four decades on PTV.

On his passing, social media users are extending their condolences to the bereaved’s family. Twitter is full of messages of love and prayers for the departed soul. Prime Minister, Imran Khan, has also extended his condolences on the great loss.

Saddened to learn of the passing of Tariq Aziz, an icon in his time and a pioneer of our TV game shows. My condolences and prayers go to his family.

Let’s have a look at what people are saying about Tariq Aziz’s demise:

1936-2020: An era of ethics, knowledge, sober conduct, culture,norms,the most civilised representation of a true human,comes to an end.
#TariqAziz a Legend who had groomed more than three generations of Pakistanis.The knowledge we gained from Neelam Ghar is still in our memories pic.twitter.com/3ym1Uw9NrW

An intelligent man with inspiring words and attractive audience who was the host of the most beautiful Show of all the time "Neelam Ghar" first aired on 1974 on PTV, has left the world
إِنَّا لِلّهِ وَإِنَّـا إِلَيْهِ رَاجِعو ن#TariqAziz pic.twitter.com/hkmp8LnoG4

Tariq Aziz passed away. Almost all of us grew up watching his famous Neelam Ghar show on PTV. Rest in peace legend – #TariqAziz

Inna lillahi wa inna ilayhi raji'un#TariqAziz was the beginning of Ptv. An epitome of knowledge and talent. I am speechless and my heart sank reading the news… I met him twice during our programs. He was extraordinary. A real star of Pakistan… 😭💔 pic.twitter.com/73jQupjlQv

1936-2020 the name of an era.. #TariqAziz sb was an institution in himself..A legand left us today..He will always be remembered for his work , expression and style.. pic.twitter.com/b7PHKhRwHM

90's kids will always remember you💔 May Allah grant him highest rank in Jannah.❤ #TariqAziz pic.twitter.com/b43wYBe9V8

He defeated Imran Khan in 1996 elections as well.

Just for info: In his only election, late #TariqAziz had defeated PM Imran Khan. It was first election of Imran Khan. pic.twitter.com/MmKhcRXtpK

Heard the sad news of legendary anchor Tariq Aziz sahab this morning. May Allah make his journey onwards easy. He was the first face of Pakistan Television. #TariqAziz pic.twitter.com/hRaU1mbokR

Legend is, what legend does. He served us all. For so so long. Pakistan is indebted to you Tariq Aziz Sir. Truly, the end of an era.
May Allah bless you. My condolences to his family and all of Pakistan. 🙏🏼♥️🇵🇰#TariqAziz pic.twitter.com/kRflbgrfVu

Rest in peace Tariq Aziz Sahab. You gave us an era. A childhood full of memories. You gave us gifts and so much more. We forget our heroes too soon. But I am confident you shall never be forgotten. Such was your presence. #RIP #TariqAziz https://t.co/xMNGO29P7s

Heavens today :
"Dekhti ankhon, sunte kanon ko Tariq aziz ka salam" ❤#TariqAziz was the cornerstone of our television culture, and defined it for decades. An institution, a legend and icon, his legacy will span generations to come, you will live in our hearts forever sir. RIP pic.twitter.com/eFOCzn8CL2