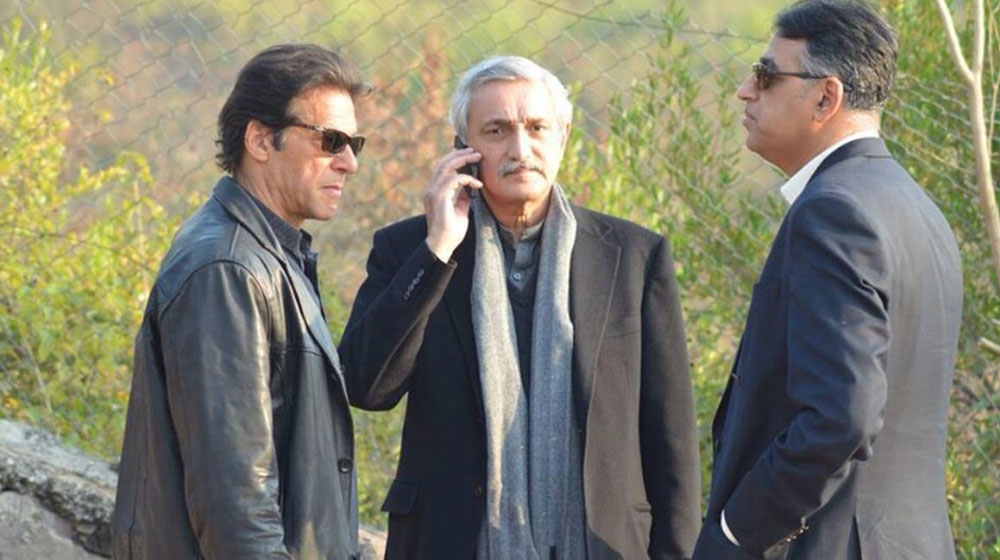 The Federal Minister for Science and Technology, Chaudhry Fawad Hussain, has opened another pandora’s box by claiming that Jahangir Tareen, former Secretary-General of Pakistan Tehrik-e-Insaf (PTI) and a close aide of Prime Minister Imran Khan, was behind former Finance Minister, Asad Umar’s removal from the post.

Fawad made startling revelations during his interview with Voice of America. He said that the infighting between Umar, Tareen, and Shah Mehmood Qureshi affected the party a lot and created a political vacuum which was filled by nonpolitical people.

When your core team was disturbed it was filled with new people who were frankly not aligned with ideas and won’t be and don’t have the capacity to either.

Explosive Sugar Inquiry Report Made Public by the Govt

Speaking about Imran Khan’s governance, Fawad agreed that things are not going as planned, and he blamed PM Khan’s current team for that.

Imran Khan Has a Weak Team

To a question, the minister said that Imran Khan himself picked this team, but he, unfortunately, had little options to choose from.

The best people should have been there [appointed to government positions] but it affected the way things were.

Fawad noted that PM Imran Khan had rebuilt Pakistan’s identity in the world with his charisma and diplomacy.

Chaudhry revealed that the political bigwigs in the cabinet, like Shah Mehmood Qureshi and Pervez Khattak, tried to make them [Tareen and Umar] reconcile, but all in vain.

He viewed that the constant tension within the political elite of the party paved the way for bureaucrats to takeover.