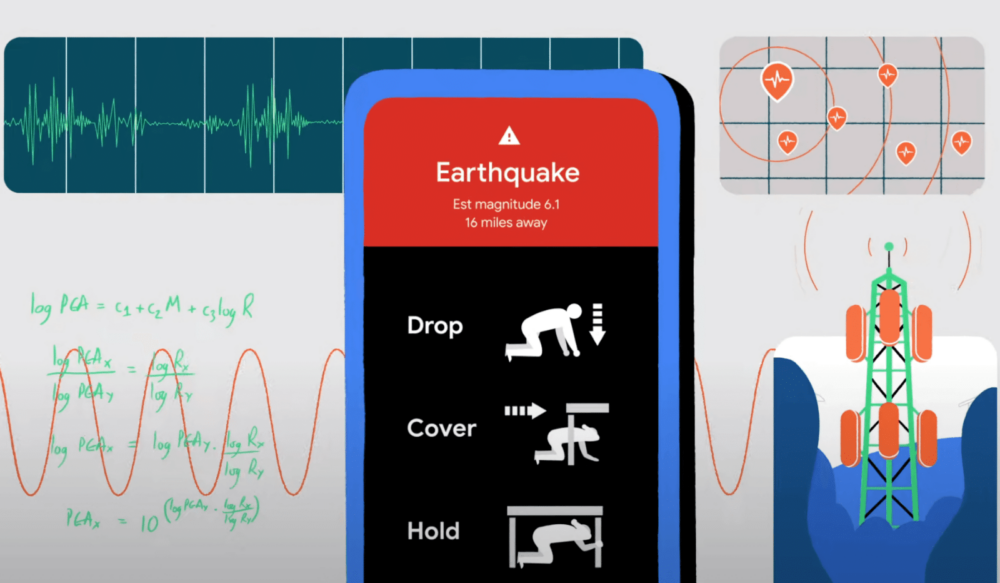 Google is using the massive reach of its open-source Android OS to create a worldwide earthquake alert system, effectively creating the world’s biggest earthquake detection network. The first part is releasing today and if you sign up, your Android phone will become a mini seismometer using the built-in accelerometer and the system will eventually warn people of earthquakes.

The search engine giant is working with the United States Geological Survey (USGS) and California Governor’s Office of Emergency Services (Cal OES) to send alerts to Android users in California. This new earthquake detection system is based upon the existing ShakeAlert system that uses signals from 700 different seismometers.

It is rolling out in California first since it has a reliable system for seismometer based earthquake detection. Marc Stogaitis, the Software Engineer at Android said:

The public infrastructure to detect and alert everyone about an earthquake is costly to build and deploy. We saw an opportunity to use Android to provide people with timely, helpful earthquake information when they search, as well as a few seconds warning to get themselves and their loved ones to safety.

Google will gradually roll out earthquake alerts to more states in the US and then to other countries around the world. Since every Smartphone has an accelerometer, they are able to detect signals that can indicate an imminent earthquake.

Once a phone detects an earthquake, it will send location data to Google to point out where the earthquake took place. Google will then use said data from numerous devices to determine the epicenter of the earthquake. Google hopes to make its earthquake data more accurate and will eventually release it for Google Search as well when people look up earthquakes.

The update for earthquake detection will be rolled out using Google Mobile Services (GMS), meaning that a full OS update will not be required. It also means that phones without GMS such as Huawei phones will not receive the feature.