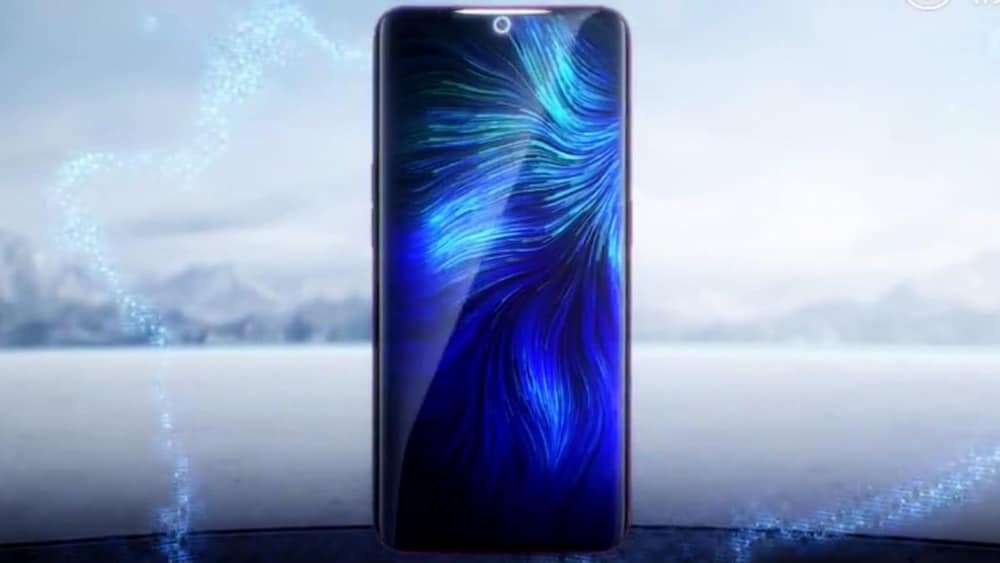 Smartphone OEMs like Samsung, Xiaomi, and Nokia have been working on phones with under-display camera tech for a while now. According to them, the new tech will be seen in smartphones by 2021.

However, it turns out, ZTE will be leading the race. The company’s recently appointed CEO Ni Fei took to Weibo to announce that ZTE will be launching the world’s first under-display camera smartphone this year. 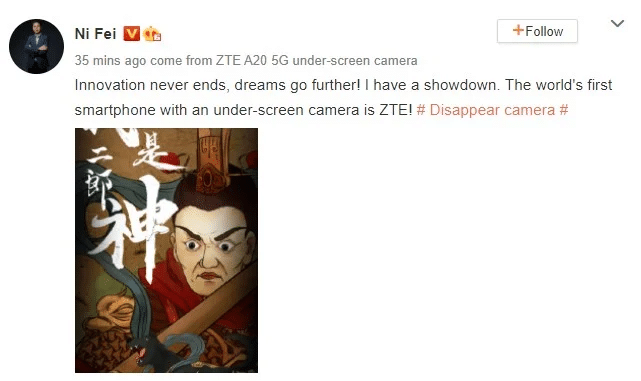 Although Fei’s post does not name the smartphone neither confirms the launch date, based on a recent leak, the phone will be launched under the moniker ZTE Axon 20 5G.

This leak was also uploaded on Weibo by a well-known Chinese tipster. The screenshot reveals that the upcoming ZTE phone with under-display cam has bagged certification from the State Radio Regulation of China (SRRC) and will arrive under the company’s Axon series. 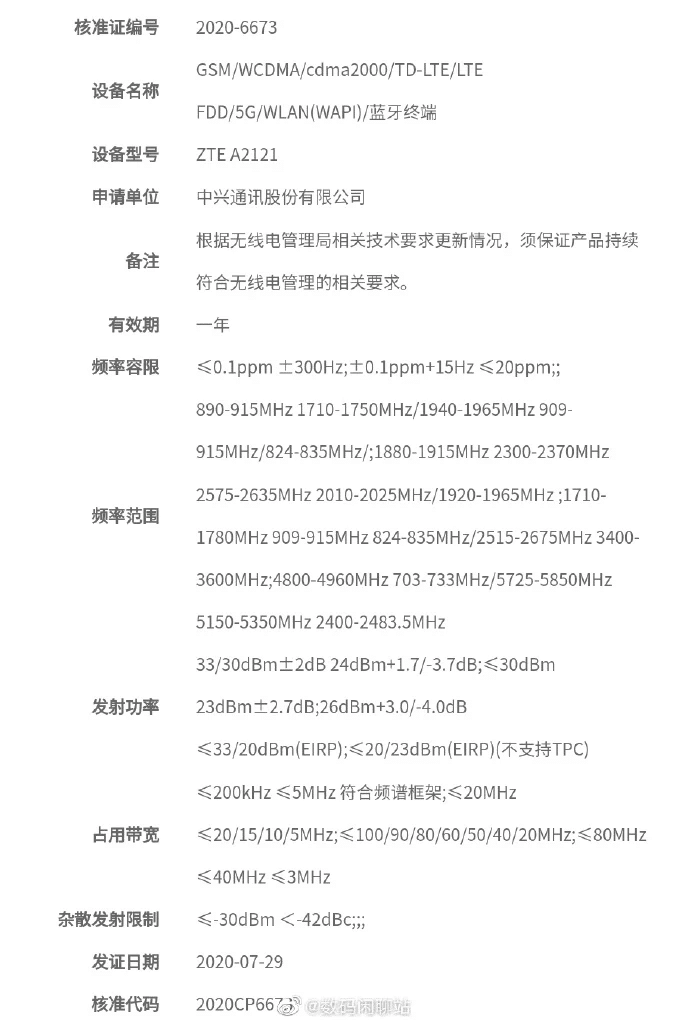 The ZTE Axon 10 Pro 5G launched earlier this year had the ‘A2020’ model number. Hence, the A2021 model number might point to another Axon phone.

At present, there is no official word regarding the upcoming smartphone except for the tweet Fei made from his official Weibo account. Details will start pouring in soon, though. So, stay tuned for updates.