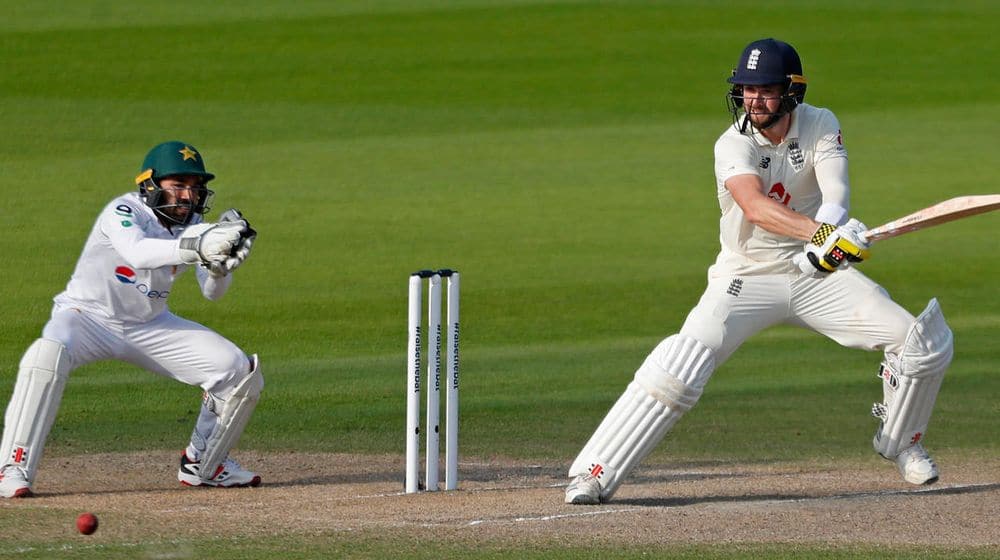 Ever since making his comeback into the team after Sarfaraz Ahmed’s exit, Mohammad Rizwan has been the best wicket-keeper in world cricket.

The 28-year-old might not have the batting numbers he would want to have, however, his wicket-keeping skills have been outstanding.

Since 2019, Rizwan’s catch success percentage is the best among all wicket-keepers who have played Test cricket in this period. He boasts a catching success of 95%, which is higher than Tim Paine (93%), Jos Buttler, Shane Dowrich, and Rishabh Pant with 91%.

Out of the 20 catches, Rizwan has taken 19 while dropping a very difficult inside edge of a Sri Lankan left-hander, meaning he had to dive full-length to his right.

Rizwan’s skills came to limelight in the first Test against England especially because he had a brilliant match behind the stumps despite the fact that keeping to Duke ball is the toughest job for the keepers.

He had a brilliant match with the gloves. He kept fantastically well throughout the innings.

Rizwan’s 132 runs in his first match as a wicket-keeper against Australia is the highest ever by any Pakistani. Next in line is Abdul Kadir’s 121 versus Australia in 1964.

Sarfaraz vs Rizwan: No Pressure on Rizwan Due to Former Captain

Rizwan has now strengthened his place in the team especially after scoring two centuries in ODIs against Australia. It is worth mentioning that Rizwan made his debut in 2016, however, he played as a batsman in the early part of his career and not as a wicket-keeper which is why those stats are not included in the above-mentioned numbers.

What are your thoughts on Mohammad Rizwan’s wicket-keeping? Let us know in the comments section.