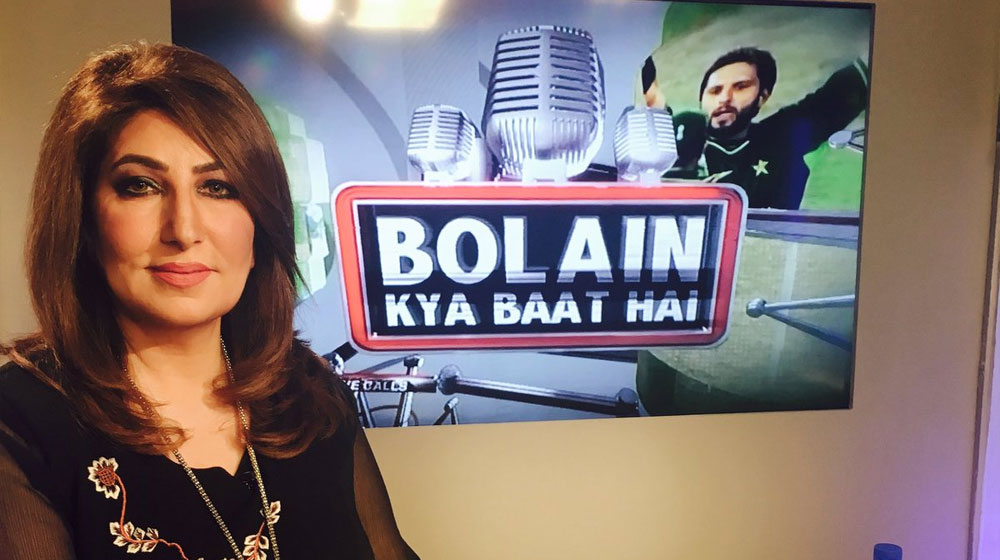 Cricket commentary is a field that has long been dominated by men all around the world, especially in Pakistan. However, in recent times, the trend has been changing with several female commentators and analysts taking the helm – Aalia Rasheed, Zainab Abbas, and Sawera Pasha, to name a few.

Aalia is a seasoned journalist and TV anchor and has served with ICC, BBC, and PCB before joining a local news channel as a cricket commentator.

An incident occurred on Sunday during a panel discussion at Geo Super, Aalia was told that she could not make a technical comment on Test cricket because she hasn’t played any professional cricket. The panel included Yahya Hussaini, Abdul Majid Bhatti, and Sikandar Bakht.

Aalia claimed she is a student of cricket and has been passionately reporting about it for 32 years. She further said that her analysis is based on a keen study. Aalia then steered her argument and dragged fellow panelists and asked how many professional games Bhatti or Hussaini had played.

She said that the comments were highly ludicrous and suggested that those who have a problem with her analysis should direct their objections to the channel administration.

The host, Fatima Saleem, interrupted Aalia requesting her not to take the comments personally.

However, this is not the first time Aalia has been targeted on air. During the first Test match against England, Sikandar Bakht got offended by a suggestion that instead of discussing Sarfraz Ahmed, the panel should support Mohammad Rizwan, as the team management has given him a chance.

Former Test cricketer went a step farther by saying that he will only accept technical comments from someone who has played the game.

Whoever has never held a bat and has not worn pads should not teach us footwork.

He rebuffed the notion that he was against women analysts and said he will welcome an analyst who has played cricket regularly, someone like Sana Mir.