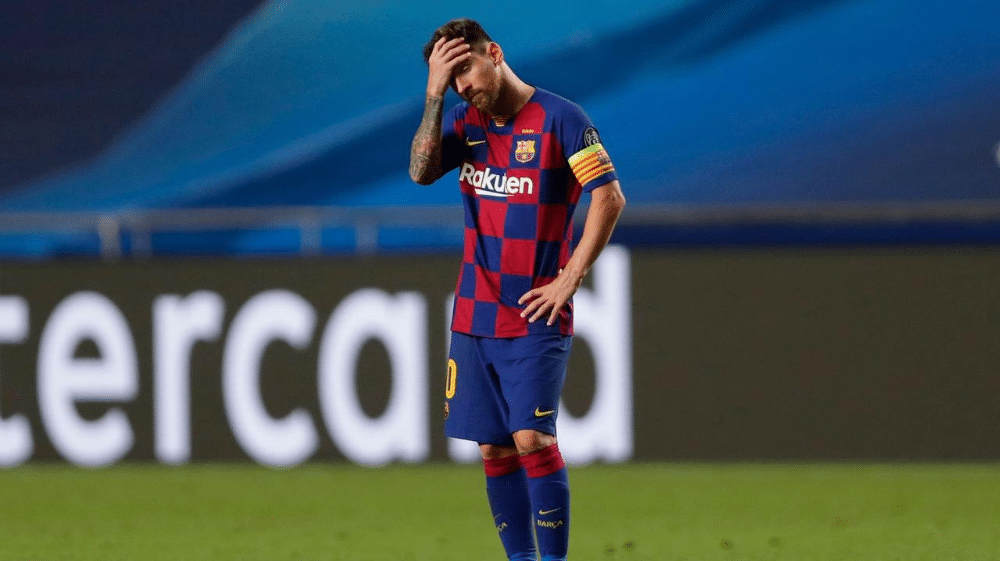 In a shocking update, Lionel Messi has handed in his transfer request to Barcelona. According to details, Messi faxed a message to Barcelona on Tuesday night, asking to be released immediately.

Messi, whose contract at Barcelona runs out in 2021, triggered his release clause which will see him leave Barcelona in a relatively smooth fashion. Lionel Messi’s buy-out clause at Barcelona was 700 million Euros.

The news broke out just ten days after Barcelona’s humiliating 8-2 defeat at the hands of Bayern Munich in the UEFA Champions League. Messi was reportedly unhappy with the management of Barcelona for more than 2 years. After losing to AS Roma and Liverpool in the previous two campaigns the defeat to Bayern was the final nail in the coffin. He was reportedly unhappy with the transfer policy of Barcelona over the years as well.

Former captain of Barcelona, Carles Puyol was the first one to bid farewell to Messi and thanked him for his services. Current teammate Luis Suarez also backed Lionel Messi and Carles Puyol. Lionel Messi joined Barcelona at the age of 13 and made his official debut for the club aged 16. Since then he has never looked back, the 5-time ballon d’ or winner has scored over 630 goals for the club and has won three champions leagues.

In September last year, it was reported that a clause in Messi’s contract allowed him to unilaterally leave the club at the end of each season. However, Messi was to inform the club of his intention of leaving on May 31st of each year, as it signals the end of the club football season in Europe. This year, however, the football season ended later due to the global pandemic. This might prove to be a tricky situation for both Messi and Barcelona. The legalities of the situation are such that Barcelona might end up taking Lionel Messi to court, that however is all speculation.

Lionel Messi’s situation at Barcelona is the talk of the footballing world, with many clubs looking to bring him on board. The likes of Paris Saint-Germain, Juventus, Manchester City, Manchester United, Chelsea, Arsenal, Inter Milan are all reportedly interested in the Argentinian Maestro. Only time will tell where Lionel Messi will be playing his football next season.