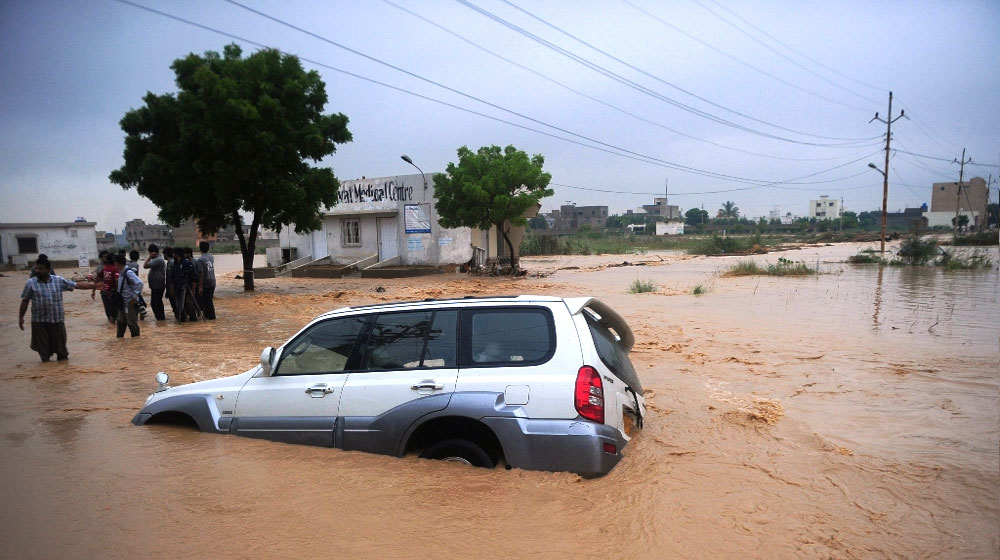 Chief Minister Sindh, Syed Murad Ali Shah, has announced Friday as a holiday across the province following non-stop rain in the city on Thursday. The record-breaking downpour plunged many roads and thoroughfares of Karachi underwater.

Murad issued a statement late Thursday saying that the holiday was announced to control the damage caused by the torrential rains and to save people from any untoward incident.

Heavy Rainfall and Floods Expected Across Pakistan in Next 48 Hours: Met Office

The statement said that all public, semi-private and private institutions will remain closed throughout the province.

However, departments providing for essential services, such as local bodies, health, water board, PDMA, and revenue offices will remain open on Friday.

Earlier on Thursday, the Chief Minister defended his government by saying that such torrential rains will wreak havoc in any other city of the country. He said that the provincial departments did not get the time to drain the rainwater due to persistent, heavy downpour.

“The situation is obviously concerning since a 100-year [rain] record broke,” said, adding that the several cities of Sindh, including Karachi, could be declared calamity-hit.

Declaring a holiday on Friday, CM Murad advised people of Karachi against stepping out unnecessarily. He said those who have been stranded in their offices should remain where they are, and wait for the rainwater to be drained.