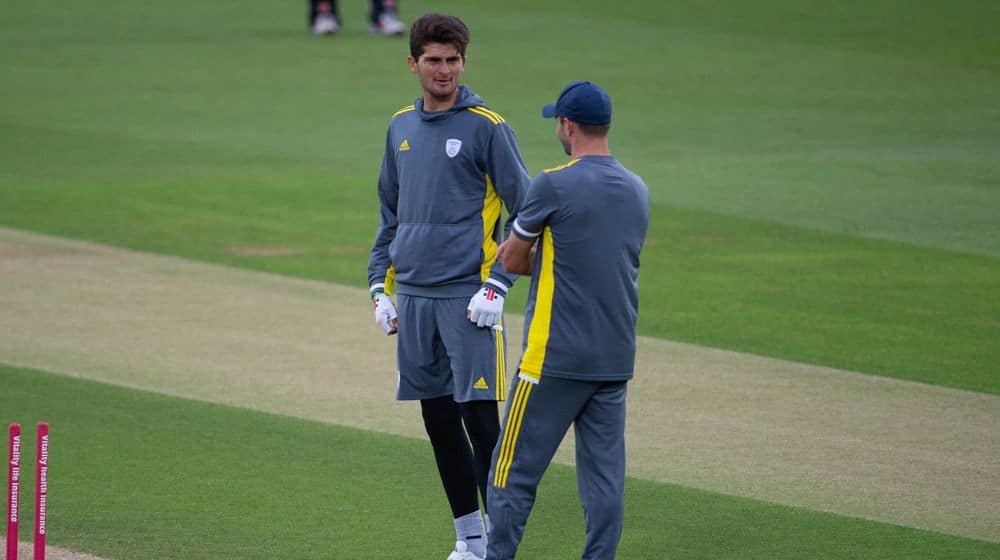 After the conclusion of Pakistan’s tour of England, a total of three players have confirmed their availability for the remaining fixtures of the domestic T20 event. Babar has already represented Somerset while Shaheen made his debut for Hampshire in a losing cause on Thursday night.

The 20-year-old gave away 30 runs in his 3 overs against Surrey in a rain-curtailed clash. Having made only 77/5 in their 11 overs, Hampshire bowlers failed to defend the score as Hashim Amla and Will Jacks guided their team to victory with ease.

Imad Wasim is likely to feature for Nottinghamshire tonight against Leicestershire at Trent Bridge. The all-rounder represented Nottinghamshire in last year’s T20 Blast campaign as well.

Babar’s next match is against Birmingham Bears tonight at 10:30 pm PST while Hampshire will face Sussex on 10th September at Southampton.

Here are the standings: