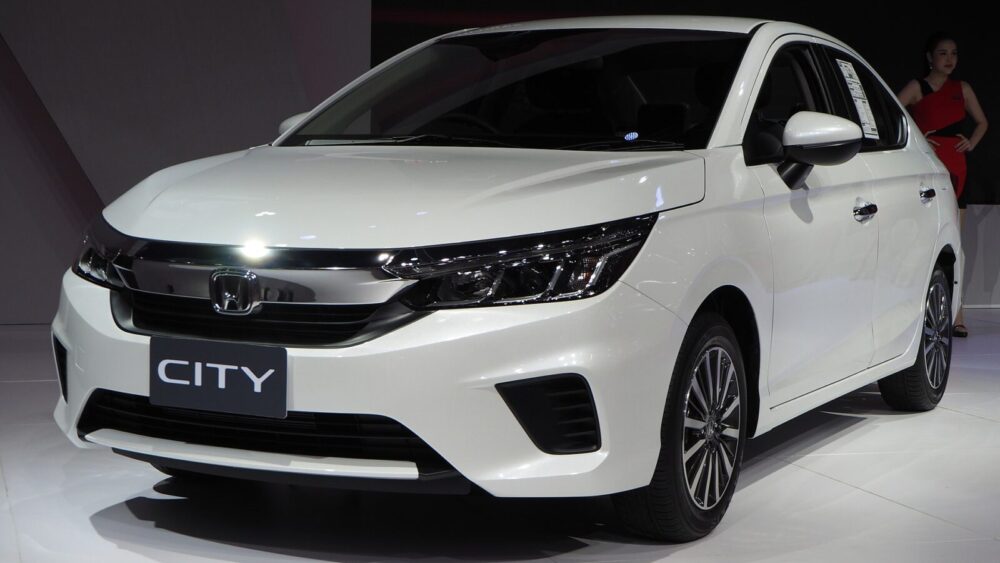 Honda Atlas is all set to introduce the 7th generation Honda City to Pakistan. Initially, there were rumors that the company was going to replace the current City of the Pakistani Market with the 6th generation City. However, as per the reports, the company perhaps has better plans after all.

The new City is offered in India with choices of two naturally aspirated 4-cylinder engines and in Thailand, with a turbocharged 3 cylinder engine. In India, one of the engines is a 1.5 Liter Dual Overhead Cam (DOHC) i-VTEC Petrol Engine that makes 121 horsepower at 6,600 rpm and 145 Nm of torque at 4,300 RPM.

Honda, Yamaha & Others Are Making Electric Bikes With Replaceable Batteries

The other one is a 1.5 Liter i-DTEC Turbocharged diesel Engine that makes 100 horsepower at 3,600 RPM and 200 Nm of torque at 1,750 RPM. Both engines come with a 6-speed manual transmission as standard, but only the petrol engines are offered with an automatic option. The one offered in Thailand is a 1.0 liter 3-cylinder Turbocharged engine which makes 122 horsepower at 5,500 RPM and 173Newton/Meters of torque at 2,000 RPM.

The Indian version of the 7th Gen City comes in 3 trim levels, i.e. V, VX, and ZX. Each variant can be had with all of the aforementioned engine, which means that there are 9 variants of the car in total, and each variant costs different, roughly between Rs. 2.6 million and 3.1 million.

In the looks department, Honda has a fairly straight forward design for their “ordinary” cars and the new City is also a simple, yet handsome looking compact Sedan.

On the exterior, there are halogen projector headlamps, LED daytime running lights, bulb-type front fog lamps, LED taillights, 15 or 16-inch alloy wheels (Depending on which variant you choose), and LED turn indicators on the side mirrors.

Features wise, the 7th gen City is kitted with all the modern features such as:

Details are still scarce in terms of whether or not we would get the exact same car as the rest of the world, but there is a chance that a lot of these features will be left out in the Pakistani version of this car. That’s because it is likely to be positioned as a “budget family sedan” against the Toyota Yaris. Given that fact, in terms of features and performance, at least on paper, the new City won’t be much different from the Yaris. Whether or not this trend is followed, remains to be seen.