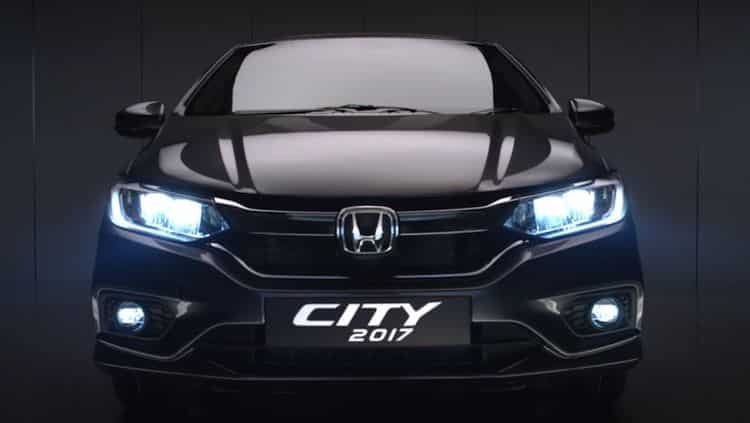 Honda City was recently launched in Pakistan. Auto enthusiasts were hopeful that Honda would finally push out an upgraded City with features matching the international variants of the car since the car has not seen a major upgrade in 8 years despite growing competition in the local market.

Has it changed its tune or will people still be bemoaning that the three Japanese car manufacturers in Pakistan are not willing to offer the same features that the vehicles get globally?

We answer that question today by comparing the base, mid-range and top of the line models of the City 2017 in Pakistan and in the international market. The international City S, V, ZX and local City base model, Aspire 1.3L and Aspire 1.5L have been compared.

Comparisons start with the low-end models and go up towards the high-end models. The higher tiered models carry over the features already available in the lower tier or bring upgrades.

The international model is showcased on the left and the one released in Pakistan is on the right. As one can see, the changes are quite significant.

The overall look of Pakistan’s variant is much similar to what we have already seen in the previous models released locally whereas the international model has a much more sportier and modern appeal. 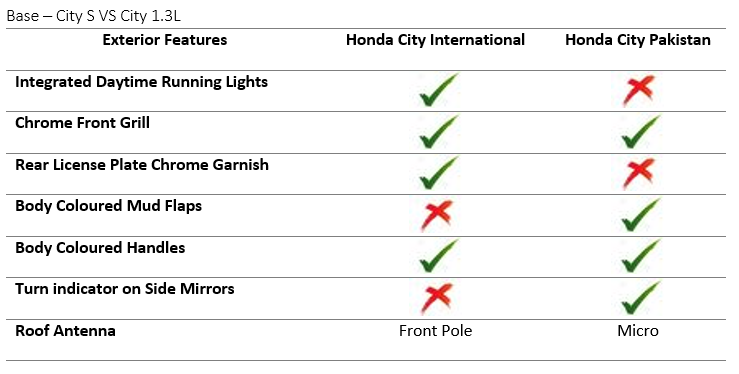 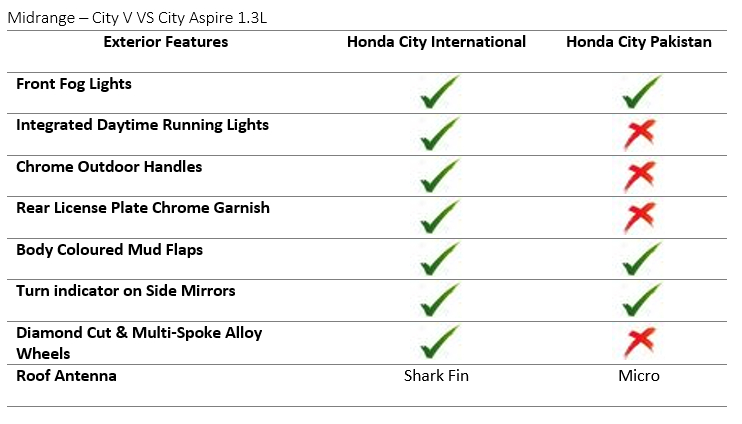 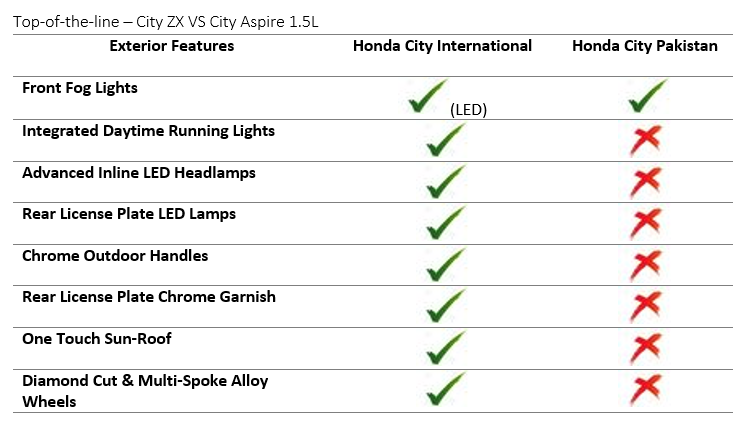 We see that the international variant features touch panel for AC and other related option whereas the Pakistani variant still has the same old look.

In the international model, you get steering wheel controls, push start button and eco button, all of which is missing in the Pakistani version.

Keeping features aside, the overall feel is poles apart. Here’s a comprehensive look at the comparison between both: 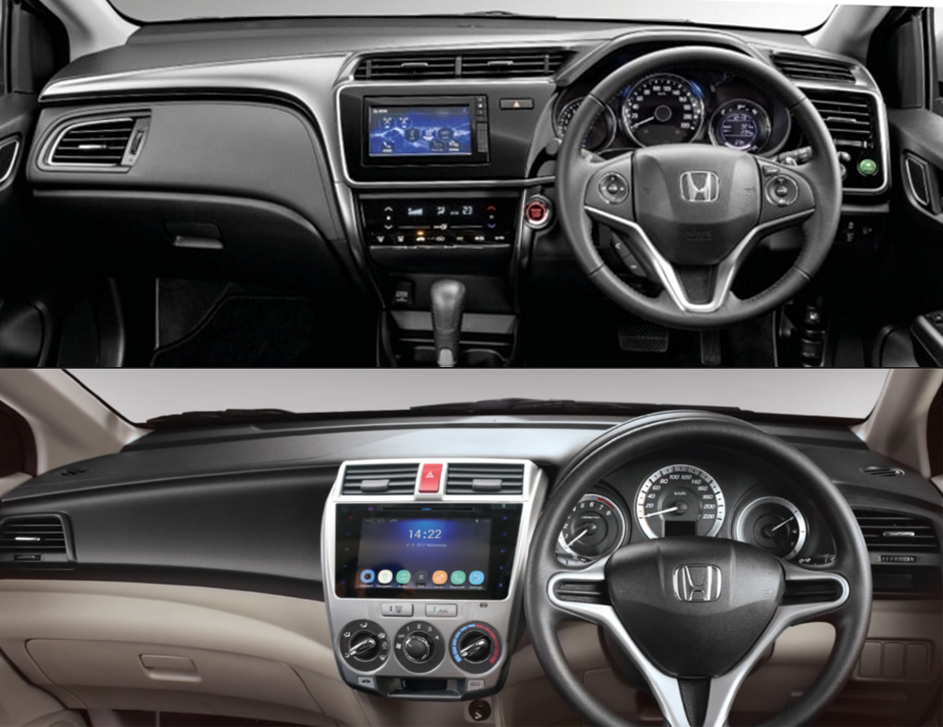 International on top, local on bottom 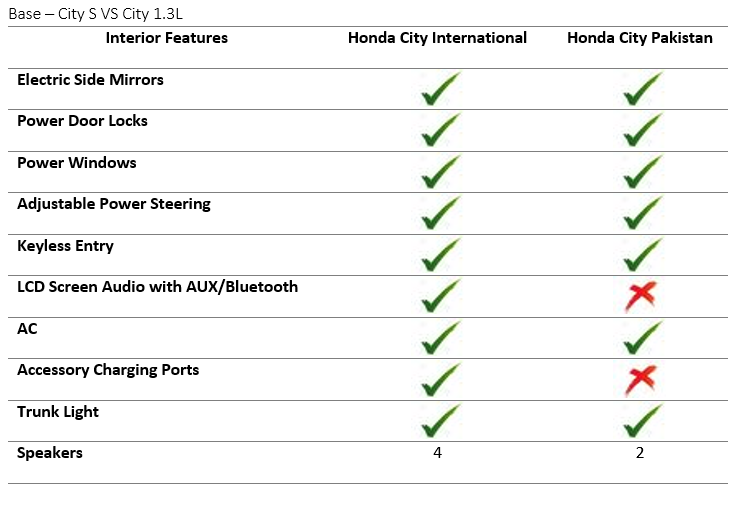 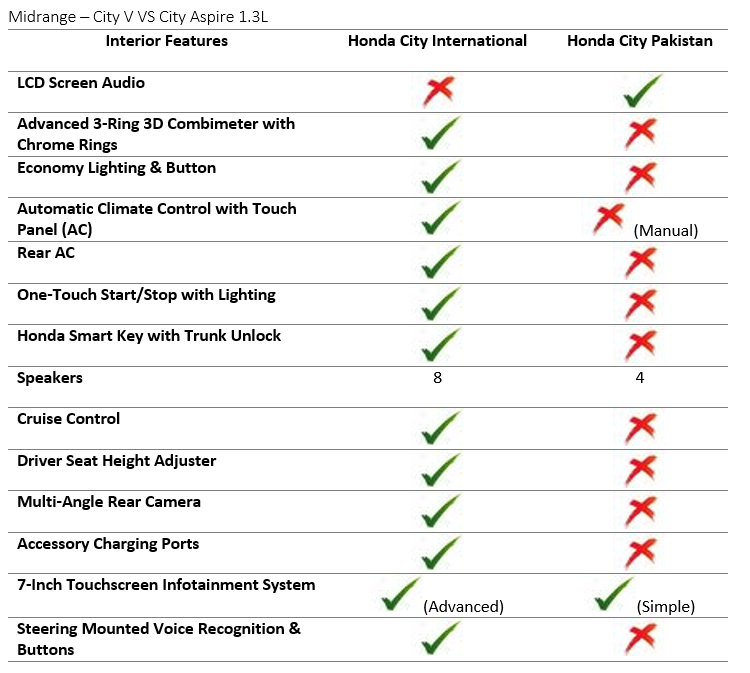 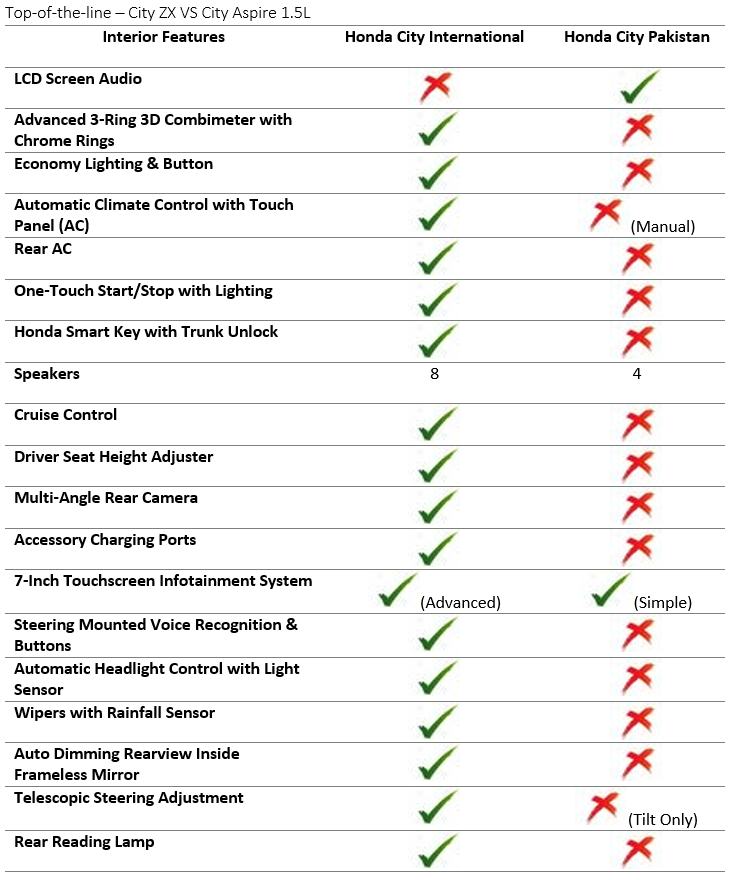 Since both cars are from the same brand, the available features could be dependent on the local market and prices. Let’s take a look at the prices and see if they differ:

Note: All above Honda City prices include delivery rates in their own markets.